The second evening in Zeist was dedicated to the transformation of Eros into Agape. Again I wanted to express how ineffable and inexplicable love is, and I took the writings of Dionysius Areopagita to show that love is something like God Himself, who cannot be understood with common sense and who cannot be described in ordinary language. Dionysius Areopagita is said to have been a judge at the Areopagus in Athens, where he heard a speech by the apostle Paul. He became his apprentice. He himself became the teacher of ethereal astronomy, which is the teaching of the Nine Celestial Hierarchies, and he came to an explanation of the Divine Names and the Divine Words. But most deeply moving is his mystical theology, also known as negative theology. It leads us to the highest concepts man is capable of and makes us experience the powerlessness to surpass them. God - and with him love - is in everything more than the ability to understand our concepts.

Only in the sixth century A.D. these teachings were written down from oral tradition by a "Dionysius" living at that time, in the knowledge that this form of tradition would disappear. This writer is therefore referred to as "Pseudo-Dionysius Areopagita".

CHAPTER V
That it that is the pre-eminent Cause of all things intelligibly perceived is not itself any of those things.

Again, ascending yet higher, we maintain that it is neither soul nor intellect; nor has it imagination, opinion reason or understanding; nor can it be expressed or conceived, since it is neither number nor order; nor greatness nor smallness; nor equality nor inequality; nor similarity nor dissimilarity; neither is it standing, nor moving, nor at rest; neither has it power nor is power, nor is light; neither does it live nor is it life; neither is it essence, nor eternity nor time; nor is it subject to intelligible contact; nor is it science nor truth, nor kingship nor wisdom; neither one nor oneness, nor godhead nor goodness; nor is it spirit according to our understanding, nor filiation, nor paternity; nor anything else known to us or to any other beings of the things that are or the things that are not; neither does anything that is know it as it is; nor does it know existing things according to existing knowledge; neither can the reason attain to it, nor name it, nor know it; neither is it darkness nor light, nor the false nor the true; nor can any affirmation or negation be applied to it, for although we may affirm or deny the things below it, we can neither affirm nor deny it, inasmuch as the all-perfect and unique Cause of all things transcends all affirmation, and the simple pre-eminence of Its absolute nature is outside of every negation- free from every limitation and beyond them all. 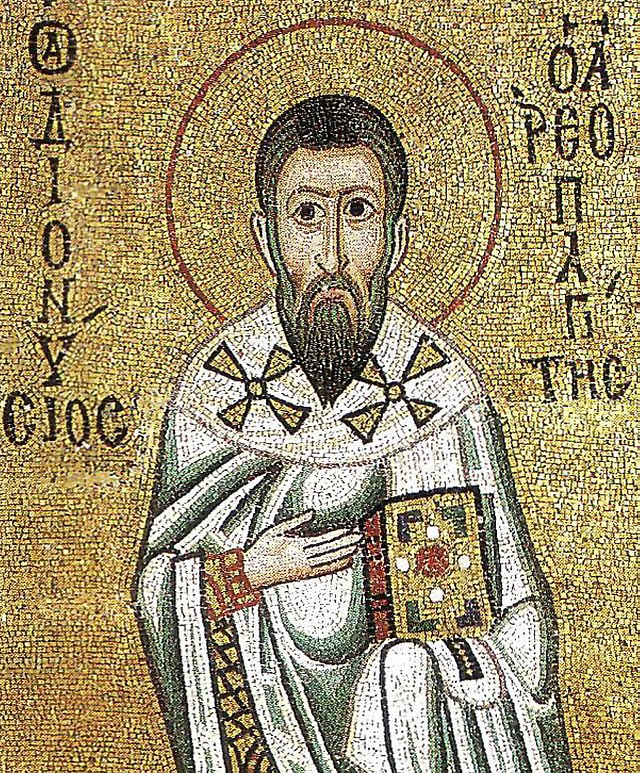