When we are in nature and hope that she will tell us something more about herself than we can perceive and think so directly, we may also hope that we can simply turn off our thinking and that she will then speak to us. And perhaps 'something' also speaks when we can get into a kind of trance.

But the modern intellectual cannot and does not want this. Even if there comes a moment when you are no longer satisfied with your intellectual knowledge of nature, and are looking for what lives 'behind' the sensory world, you want the scientific character of your new way of knowing to be guaranteed. That is why anthroposophy is the way for the intellectual who seeks spirituality. But they have to understand very well that it will no longer be ordinary intellectual scientific knowledge that will be obtained. The researcher's attitude will be able to remain scientific, but the intellect must still be overcome. Not by a trance consciousness, but by a state of consciousness that transcends the awakening of the intellectual consciousness as much as the trance state slips underneath it.

The sensation of being a plant is a first step. It becomes clear that the being, when you start from a certain plant, here and now, is not a general being, but a very specific one. And that you can say that the other characteristics of the plant make this being so differentiated. Our perception and thinking is far too global to be able to see the spiritual world 'behind' the sensory world. We want to grasp a creature from an overall perspective. But the being is precisely this being, through the variety of its characteristics. Quality, quantity, relation, place, time, position, having, doing and suffering (activity and passivity). Colour, smell, form, taste, sound, soft, hard, stiff, supple...; number, size...; more or less, bigger or smaller, lighter or darker....; there, here, far away, near....; then, now, later, spring, autumn, summer, winter, quick, slow....; standing, lying, hanging, sitting....; the relation of the being to all its characteristics; active, doing, working, growing...; passive, doing nothing, withering..... And much more. The over-all perception and thinking is over, the fine details become important, as they determine the being of the 'thing'. It will become an art... 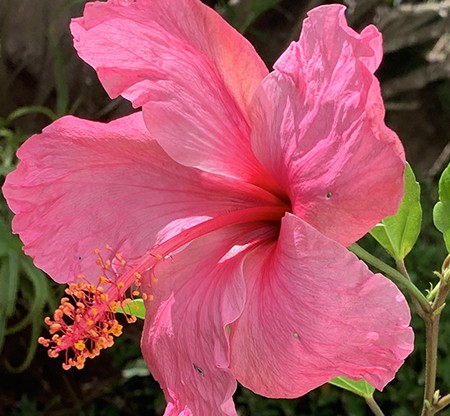