≡
Home
>
Blog
>
Between Ascension Day and Pentecoast
Who is Mieke Mosmuller?

Recent articles
Calendar of the Soul
Creating itself on and on
The being of the soul becomes aware of itself;
The Worldspirit strives on
In selfknowledge re-vitalized
And creates from darkness of the soul
The willpower-fruit of self- perception.

Between Ascension Day and Pentecoast

Between Ascension Day and Pentecost, a different theme than Corona may well be touched on, although according to the word it fits well with Pentecost. In the Apocalypse, the letter to Philadelphia says: "Behold, I am coming soon; hold what you have, that no one may take your crown. (Revelation 3:11)

The crown is also in the cabbalistic wisdom the highest that the human being has, one could call it with anthroposophy the thinking thinking. And that really is Pentecost.

In times of difficulties like with 5G or with Corona one should feel looked at. I pointed out earlier that we don't need to be afraid at all, because Christ is in the ethereal world and is looking at us. For these lines I was insulted. I like to repeat them again: Why do we need so much fear? He is close by, and who would know better what we need?

In 1915 already Rudolf Steiner said to the members:

'And so it happens that in our time, where it is a matter of knowledge, of striving for knowledge, people are only too much inclined to delude themselves. On the one hand, people today want to be free from any belief in authority, on the other hand, people today have fallen into the worst kind of belief in authority. Because if someone brings something - I have often discussed this in other contexts - which bears the cloak of scientificity, then the belief in such a scientific thing is very general. People do not want to strive for what is really an individual quest for knowledge. They are in truth, without them realizing it, too comfortable, too sluggish, to put into action those forces of the soul that come into action when one struggles with knowledge. And so people want to calm themselves down with what is generally recognized as authoritative-scientific, as through a soul-spiritual narcotic. They want to adopt what is so generally recognized, so that they do not need to put the individual striving for knowledge into action. Basically, the rebellion against the spiritual-scientific world view is essentially due to the fact that this spiritual-scientific world view demands of the individual souls to put the individual forces into action, to think along with them, to feel with them. But people do not want that. They want to have a certain authoritative knowledge handed down to them. (GA 254, P. 247/248).

With Pentecost we become fraternized, we all speak the same language, we understand each other even without words, we love each other with a burning fire. 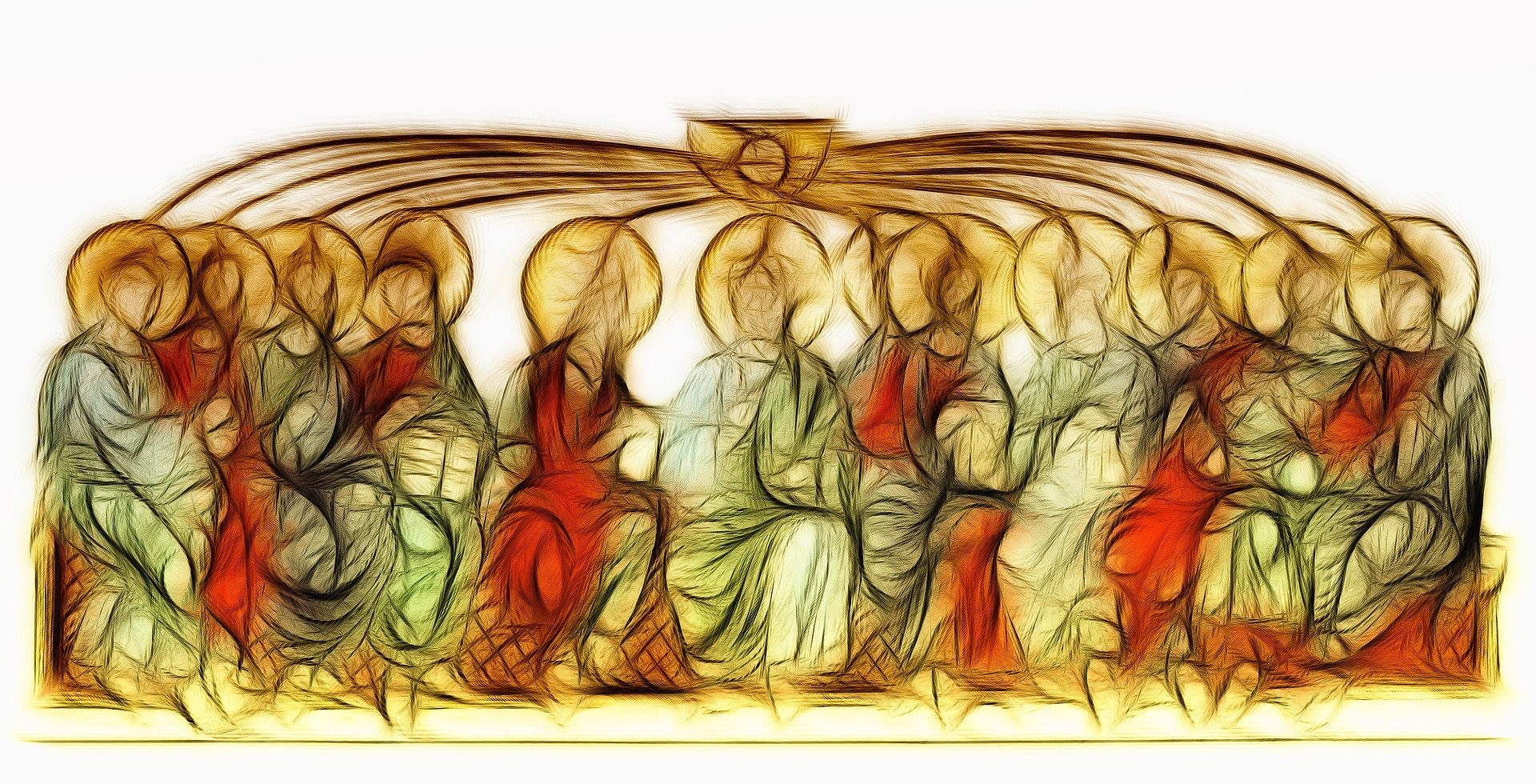 Between Ascension Day and Pentecoast by Mieke Mosmuller
Comments