In the Middle Ages the School of Chartres flourished, where great religious scholars lived with the Platonic and Pythagorean idea that the mediation between God and the world lies in mathematics, especially in the principles of geometry, but these are also determined by the concept of 'size', which is an arithmetic concept that extends into geometry. These scholars saw God as the Great Geometer, who created the All according to these principles - as we can also find in the Platonic Dialogue Timaeus. This lived on until the Middle Ages and these teachers of Chartres have more or less proved that the mathematical principles are not the principles of ‘castles of air’, but that one could build a cathedral with them. It is well-established that Chartres' cathedral is 'frozen music', because it is entirely conceived according to the musical intervals, with a ground plan of a pentagon, from which the golden section was taken as a measure by which the entire cathedral was then worked out - and finally actually built, which proved that these principles are firm up to the use of stone!

There are sketches of a man named Villard de Honnecourt from that time, in which he indicates the following proportions for the Cistercian cathedral of Chartres:

This would really be worth a meditation, thinking of "righteousness" as the working of Pythagoras' theorem. In these proportions in space, a much more powerful righteousness becomes tangible, because it appears that one can build with musical intervals! 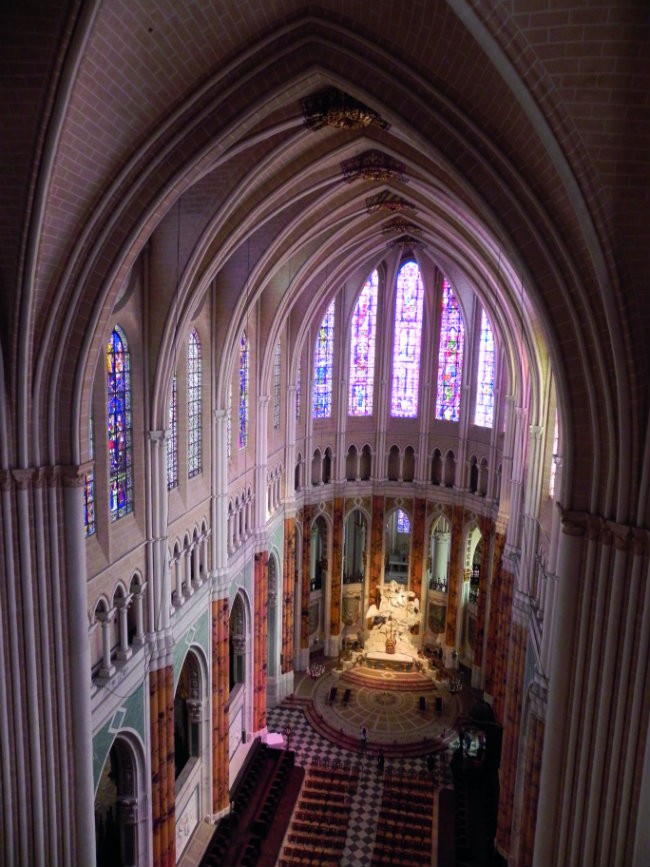