After an extensive reflection on the moral intuition that we as human beings can receive and realize in life by living together with the angels in our souls, I would like to return to the theme that concerns us: the corona crisis. The four weeks of reflection on the question 'What are the angels doing in our astral body?' was of course not another theme. But I would now like to ask another question, and that is the question of the phenomenon of conspiracy thinking or conspiracy theory. I think it is important to take a closer look at this word.

When one watches videos on YouTube, made by people who turn against the corona measures, one sees different things. One sees people who don't shy away from revealing their conspiracy theories at all. One also sees people who rationally, scientifically substantiate their opposition to the corona measures, but who are then dismissed in the media as conspiracy thinkers. But one also sees people who — and this is what I find most striking in the Netherlands, but of course I have the most direct access to them because they are often well-known people — act and speak in a way that they clearly express their opposition to the corona measures, but that they do so in a way that they make any suspicion of conspiracy thinking impossible in advance, by stressing that governments all over the world, have been sincerely concerned, have started from good intentions, which then bring about the wrong thing though, and which then get into a certain loop which they can no longer get out of, then accelerate measures, which can no longer be justified, nor can they be reversed. This last form of resistance is particularly pleasant because the image of a human being acting because of good intentions, although the wrong thing can happen anyway, is a more pleasing image than the image of the conspiracy thinker, namely that there is bad planning involved.

Now, during the past few years, I have wondered how it actually came about that conspiracy thinking was more or less equated with crime or — and I don't know what's worse — with paranoid madness. You really don't want to be a conspiracy thinker because then you're out, you're completely ridiculous, you suffer from a paranoid delusion. We have also seen in anthroposophical circles that certain media within the anthroposophical news media have been accused of this conspiracy thinking, and there, too, I have noticed that the magazines in question have vigorously defended themselves against it. I did wonder, however, why? What is so bad about it that during world events one experiences a certain deliberate will? Wouldn't it be better to explain that point of view, instead of going along with the public opinion that you are bad when you think and investigate like that?

Now, on the other hand, I also understand the bad 'name' because conspiracy theories that assume certain power impulses in the world often show inimitable wild fantasies, which are proven wrong by the course of later events. But people do err, even in mainstream science. Sometimes one can read theories about historical events that are explained in a way that one thinks that the writer has become insane — and then he becomes a PhD on them.

But I want to go back to the question: How could it have happened that considering world events with the question: is there a certain conscious will behind this? got the semblance of crime or madness of the questioner?

When we go back to the time of the First World War, we find during that First World War and also afterwards a series of lectures by Rudolf Steiner, in which he has clearly shown how world events come about and I have already said in a line here before: In the case of Rudolf Steiner you see that this conspiracy thinking is completely rationally founded and understandable, well documented as well. There is an extensive cycle, 'Die zeitgeschichtliche Betrachtungen', in which the backgrounds of world events are highlighted. When you absorb these lectures you have to say, according to current standards, that this is conspiracy thinking. Nevertheless, the person who spoke it was not exactly criminal or insane. In the new edition of these lectures, an effort has been made to remove the appearance of it, but that is not fair because once again we find in these lectures a very sincere, well-founded consideration of the backgrounds of world events.

When you start thinking about it, it is of course clear that wherever you are dealing with human organizations, you are dealing with thoughts and ideas, with plans that people have to pursue and achieve certain goals. Every political party has a program and without that program you can't even start a political party. Only the points that are strived for and that want to be realized are completely public.

But in the second half of the 20th century, for example, we have known the films of James Bond. There are certain organisations in these, where a man with a kitten on his lap strives for world domination or for the destruction of the world, or for the destruction of one part of the world in favour of the other part. I think that something is revealed there, which is easily directed to the realm of fantasy because 'it's only movies', but which, on the other hand, feeds certain views in mankind.

Of course, you would not want that there is a secret organization that strives for power in the world and you would be glad that there is such a trustworthy British Secret Service with people in service who every time just in time manage to foil that.

That's just one story and so there are several stories, filmed stories. Dan Brown is also a success author of such stories, which have also been filmed.

If you don't consider that implausible — but then you are already a conspiracy thinker, and who would want to be one because that is degrading of your reasonableness — then of course the question arises: how are these directions of will finally realised? How does that happen?

Now it is clear that when such a thing exists, it is not made public. And the best way to keep it that way is to ridicule anyone who comes to the idea that such a thing could exist, in such a way that his or her voice in the world order no longer has any value.

In this way, it would be precisely on the path of those secret will-directions to ensure that conspiracy thinking is declared idiotic or criminal. In this way one can see it the other way around and say: The fact that people have pushed it so far that one can immediately put an end to a certain vision when there is only a hint of conspiracy thinking can be seen as proof that secret conspiracies exist.

Of course, now I myself run the risk of being put away in that group, but as a spiritual thinking person one has that risk anyway, so I'll take that and I'll continue to develop my thoughts on this topic next time. 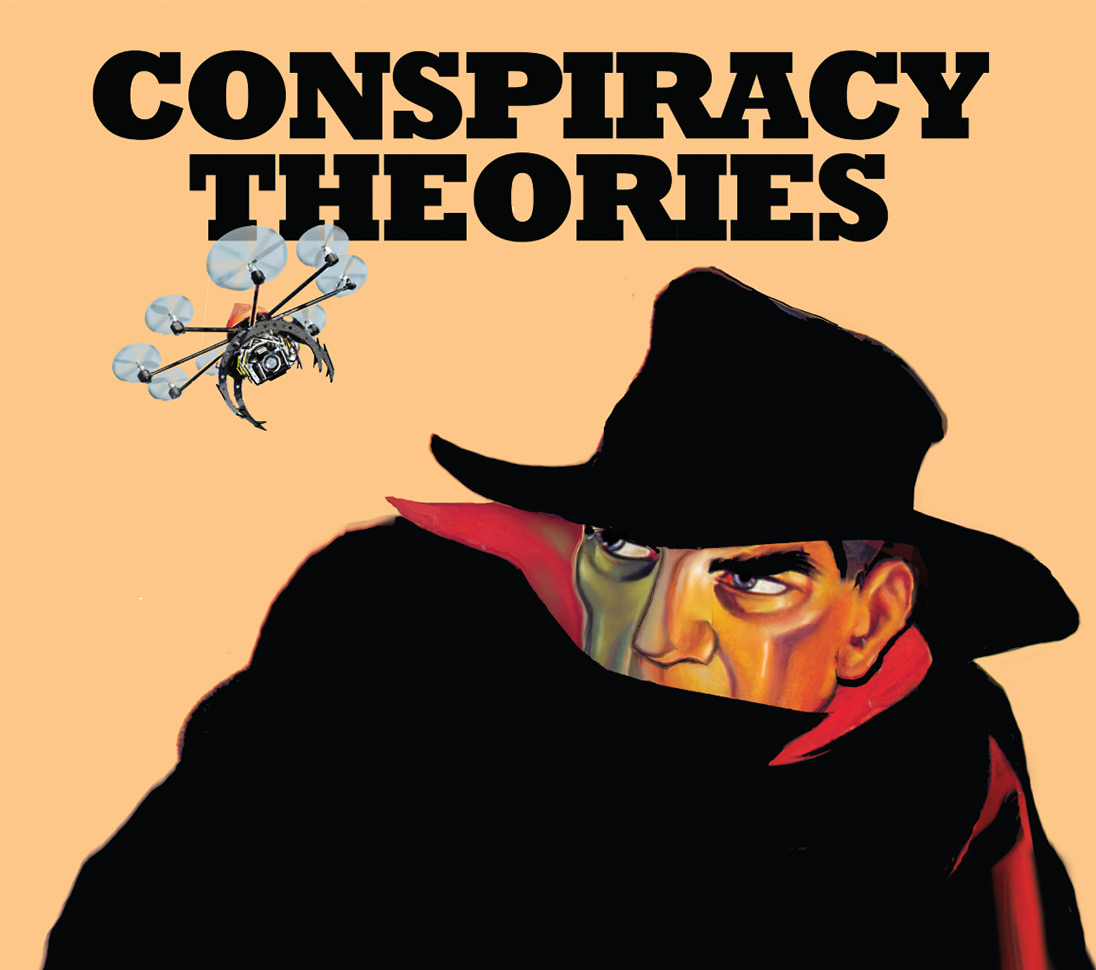