Recent articles
Calendar of the Soul
Resurrected from my own peculiar being
Is my Self and it finds itself
As a revelation of the world
In the forces of time and space;
The world shows to me everywhere
As a divine archetype
The truth of my own image.

If we now disregard all numerical ratios and only follow what 'the authorities' impose on us, we must believe that we are at the mercy of a very strong danger. (We have been given the wrong justification data anyway, only we do not know exactly which are right and which are wrong - for this I refer you to my other texts on this subject). I do not have a well-written conspiracy theory in stock and still leave open the possibility that the danger - which one is not clear - is a real one and that the measures are right. On the other hand, the possibility that we are being brutally lied to remains just as open.

But if we refrain from all considerations, then it is in any case true that we are and will be threatened. What I do miss, though more or less completely, is what was still there in earlier disasters: the spiritual, mental and religious comfort. The materialist does not need that. But there are still many Christians on this earth. They should be a counterweight against the 'isolation from fear of infection'. I will briefly quote here the statements of three Dutch Christian church organisations:

Christian Reformed Churches (CGK)
Inevitably, we as a local church must now take the necessary measures to prevent the further spread of the coronavirus. Providence and caution go hand in hand. (…)
'We trust that you, as a council of churches, will follow government guidelines in your responsibility. After all, the government is also given to us by the Lord in His care' (...)
'Humility suits us. Does not such a virus help us in the brokenness of sin and the very limited human ability to create or sustain life? But whoever is in the possession of the Lord Jesus can live in trust and know that he is safe forever.

The Christian Community
(...) In this case, one decision must be taken per municipality:
- whether the services will be continued with prior notification (up to the maximum number) - or whether the services will be held without a congregation for the time being, with priests and clergy only. In the meantime, I hope that we will not forget the sick and vulnerable elderly people who are forced to stay at home and perhaps call a little more often than usual when a visit at home is not useful or possible.
With good wishes for strength and confidence in these troubled times, best wishes, ...'

What do we actually have left in times like these?

"When they knew his love,
All people would become Christians,
Left everything else;
All loved but one,
Would all weep with me
And perish in bitter sorrow.'
(Novalis, sacred songs)

In the developments as we see them now, there is no trace of a faith - not even a past one. One has even lost the memory of it.

Does no one know anymore that the Holy Bread and Wine carry a healing power that is not present in any chemical remedy? How can we deprive people of the possibility of receiving communion, the sacrament?

Then all that is left to do is to deepen inwardly into the Christian principle and then we will receive communion. For example by meditating on the following passage from the Gospel of John (6, 16):

‘And as evening had now come, His disciples went down unto the sea, and entered into a boat and went over the sea toward Capernaum. And it was now dark, and Jesus had not come to them. And the sea arose by reason of a great wind that blew. So when they had rowed about three or four miles, they saw Jesus walking on the sea and drawing nigh unto the boat; and they were afraid. But He said unto them, “It is I; be not afraid.”

Then they willingly received Him into the boat, and immediately the boat was at the land whither they were going.’ 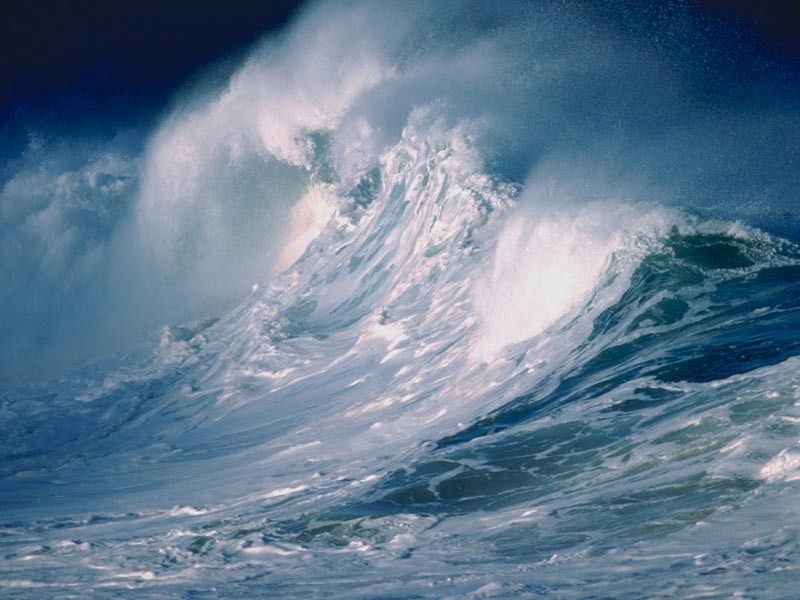