During the preparation, the theme immediately revealed itself as inexpressible. Love is the meaning of the earth's development... Who could put that into words. Who could find exercises in love? How should you give an understanding of love? The apostle and evangelist John says: "Children, love one other! But what does that mean?


I have consulted great wise men, first Plato. I began each time with the well-known lines of Paul, from the first letter to the Corinthians, chapter 13.

So now faith, hope, and love abide, these three; but the greatest of these is love.

Then I gave a summary of the Symposium of Plato. A number of Athenians speak about Eros. Each one hears a well-structured vision of Eros in the physical body, in life, in the soul... finally Socrates speaks and does not give his own vision, but that of the wise visionary Diotima. Finally, an uninvited guest comes in after the explanations, who through his stories about and accusations against Socrates gives a picture of how Socrates himself in relation to Eros.

More about this next week... 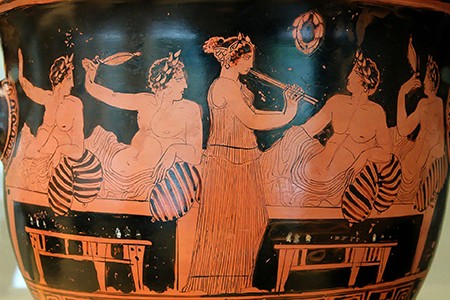