Every human being knows evil as he knows himself, for it leaves no one untouched. The saints also know it, they know it even better than the 'sinners', because it becomes conscious in them. A few years ago I published a number of texts about evil and I let the great thinkers and religious teachers speak.


In the last century we have seen a public outbreak of evil in various forms, forms that are still going on. This is something that brilliant people in our modern times have thought deeply about.

It then becomes clear how weak the possibilities for thinking are if one does not have clairvoyant insight - or at least a thinking deepened by spiritual science. Goethe developed a 'power to judge in beholding', that is to say that the facts, the phenomenons, determine judgement. In our time, however, a seeing consciousness must be developed, which arises when the will takes the place of thinking and still cognition is preserved.

When one looks at the images that exist of the Nuremberg Trials and the Eichmann Trial in Jerusalem, one can never come to the conclusion that the evil that was committed during Nazi time was banal.

In any case, I myself have never in my life looked at greater ingenuity, with which the banality is feigned by the defendants.

In the Lord's Prayer it is clear enough that the real evil has to do with the conscious choice in the I. The bread is there for the physical body, the guilt is connected with the etheric, the temptation with the astral - but the evil with the I.

In our earthly realms only human beings can be evil, the animals would not be blamed for this.

Even if the evil deed has to do with desires and anger, whereby the human element is lost, the choice for good or evil takes place in the ego. We are only at the beginning of this kind of evil. 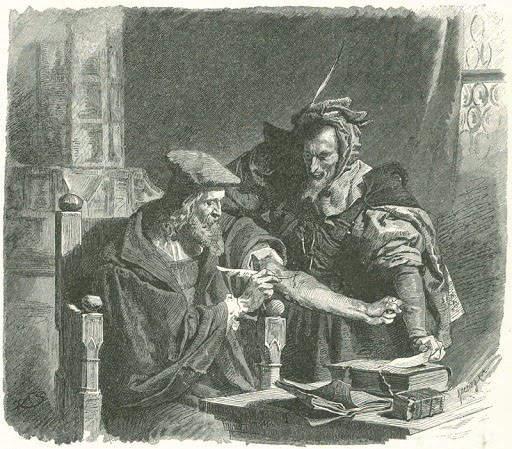