In times of crisis, one must ask oneself, at least daily, what is actually happening to oneself. I mean that a lot is happening in the world, that's obvious, but one would also like to find a relationship to it. That's why one has to pay attention to the changes that happen to one's perceptions: Where was I yesterday in my perception of myself and where am I now? You don't ask that question because it is so important that you feel, experience, know, this or that, because it is your judgment, my judgment and so on; but because with a quiet contemplation of your own inner state there is most chance that a riddle in which you find yourself will be solved. If it is right, every person will find the same solution, be it individually coloured.

There is enough information, but what does all this information mean exactly? Last week I asked for the first question and of course I asked myself the same question. It is striking that in the media the seriousness of this pandemic is not questioned. It is a serious pandemic, there is no discussion about it. He or she who does is at best faced with fierce disapproval — but it can also go further, and in any case, it does not appear as an opinion to be considered in the newspapers. It's a curious phenomenon that apparently no one should ask: Isn't there an exaggeration in dealing with this viral disease? The daily numbers of deaths are passed on untested in relation to other death rates, and we become numbed by all the numbers of deaths. You do see a few so-called prominent figures who don't want to see the seriousness of this pandemic or who do want to see it but don't want to draw the consequences (which is not the same as asking the first question) and these are generally not the people with whom you would like to identify.

Every day we receive YouTube videos, newspaper reports, magazine articles, radio interviews and in between there is sometimes a message that works on in a way that one thinks: That might be true! For example, the interview with Knut Wittkowski (former professor Rockefeller University), but also the interview with Michaela Glöckler (former head of the medical section at the Goetheanum). Both point out that in order to combat a virus that causes respiratory problems due to pneumonia, it is important that an immunity is established as quickly and as widely as possible throughout the entire population. The best protection for the population of older people is achieved when the rest of the population has become immune. In that sense, a 'flattening of the curve' would be a rather clumsy measure — where you could then ask yourself from which source this impulse comes.

But now we have 'confinement, social distancing and lockdown'. These are words to which we become accustomed. In the Netherlands, politics is conducted in such a way that it is said: We can gradually let go of the measures, but then we need an app that ensures that we maintain the good effects of the lockdown with the help of data per person.

If you look at your inner experiences in this way from day to day, you notice that the human being is a being that can adapt very well and that you are gradually being brought into a different world of experience, which is still acute — if you want to use the terms of illness — but which is on the verge of becoming chronic, as a result of which a society would emerge that is literally unnatural and inhuman.

I don't want to say that's the point of the whole thing because that would spread the scent of conspiracy theory, and that's something for paranoid people.

I say this with irony because even within anthroposophical circles there is a fear of conspiracy theories, while the greatest conspiracy theorist is our beloved spiritual teacher Rudolf Steiner. One would like to cut that part out of his work, but it is better to take note of it and experience how facts are uncovered in a completely rational, calm way, from which emerges that there is indeed a regime in this world, which is conducted behind the scenes and which does not come from God Himself.

That is not to say that one should examine every event of world magnitude suspiciously for the underlying motives of invisible figures. In this way Rudolf Steiner has never looked at world events. By the way, the word conspiracy theory is inappropriate because it is not a conspiracy and it is certainly not a theory at all. It is about certain movements that are introduced into the development of mankind. When Rudolf Steiner describes this, it is not exactly a theory, but a view of reality. Armed with these lessons we can of course take a critical look at what is happening in the world. I prefer to do that without fixing anything, and to keep everything fluid and possible.

And again, when looking at how you have changed during the past few weeks, you realize that you have to get used to a society that until now you only knew from books such as 1984 by George Orwell and Brave New World by Aldous Huxley, in which the nuances are of course different.

In the case of a virus epidemic you have to assume that the governments have the best interests at heart. But what if they didn't? Or what if they don't look closely enough at what they're doing and in haste, out of fear, make all kinds of concessions that have consequences that are difficult to get rid of?

I couldn't say it anymore cautiously. So far, I have no judgment on the whole sequence of events. I look at it, describe it, and, as I said, I become aware of what happens to the world of inner experience that is a human way, from day to day. What is happening is not a good development in all respects. Dying miserably is a disaster, but so is Big Brother in your iPhone. And it should be clear to everyone that the epidemic is decreasing and that the need for such control via an app cannot be defended at all. They simply say it has to be done. But luckily there is some rebellion against this already.

I am surprised at the abandonment of any scientific method in the treatment of this epidemic. Once upon a time it was a requirement that, before drawing conclusions that something works, two treatment groups were followed up, one with and one without the treatment in question. Now it is the case that the decline of the infections is simply attributed to the measures taken, the social distancing and the lockdown in all areas. So, the measures are correct. That's a conclusion against which the inner experience rebels. After all, the decline could also be due to the virus, that, as with any epidemic, 'goes down', like a storm always goes down again? 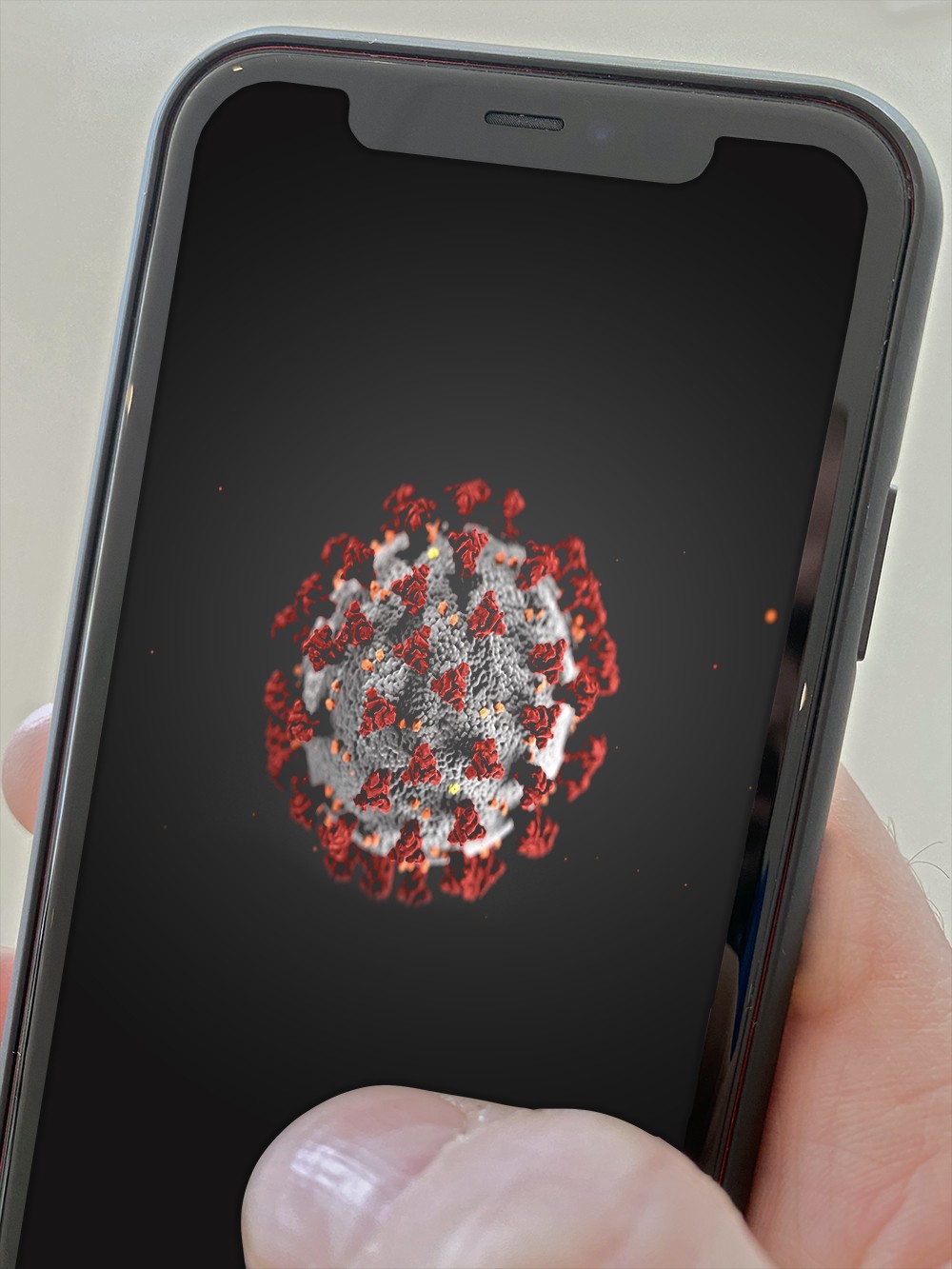