≡
Home
>
Blog
>
Fear and fright and the media - the Corona virus
Who is Mieke Mosmuller?

Fear and fright and the media - the Corona virus

What can we do to protect ourselves against this physical and psychic virus called the Corona virus?


In alternative medicine, which is much older than modern scientific medicine, we know that the causes of illness are not only physical. Whether one gets the illness that is called 'Corona' not only depends on contamination. In modern medicine this is also known of course. The physical constitution, the state of nutrition and health are important factors. But in alternative medicine, in 'esoteric' medicine it is known very well that the greatest risk to get a disease - when it becomes epidemic - lies in the psychical sphere: it comes from fright and fear. There are wonderful examples in history through which this is made clear to us. Let us remember the life of Franciscus of Assisi. He embraced the leprous patients that were held far from society out of fear and fright. But Franciscus, who was full of pity and mercy, felt no fear and embraced the poor leprous people, who were lonely and outcasts. Franciscus didn't get lepra. Another example is Elisabeth of Thüringen, called 'the hospital saint'.

Of course we are not all saints like Franciscus and Elisabeth. But we can learn a lot from saints like them. And it is of great comfort to know that one will not be infected, if one banishes all fear from his mind, soul and body. That is not easy, but it can be done. And what else could we do against such powerful wells of fear that go over the world? The earth has an aura of fear around it; this darkens the actual light-character of the earth. Wasn't it said by Christ that He would stay with us forever and ever?

One can feel very well that fear closes us for all well doing forces that come from our environment, and that it attracts all the ill making forces. If one banishes the full power of fear and fright from his mind and soul, one opens up his heart and forces stream out of it, that give much more antigens against infections than we can ever get from vaccinations. And they also work when there is no vaccination developed or available yet...

I don't mean to say that there will be no more victims - there will always be. But fear doesn't help us, only courage can.

Repetition of a text from 2014 when we were startled by "ebola". 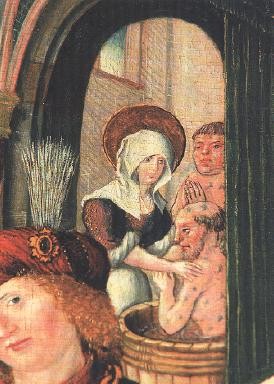