≡
Home
>
Blog
>
Michael and speech
Who is Mieke Mosmuller?

"So it is with Michael. He also sternly rejects all separating elements, such as the human languages. So long as we only clothe our knowledge in these languages, and do not carry it right up into the thoughts, we cannot come near Michael. Therefore, today in the spiritual world there is a very significant battle. For on the one hand the Michael impulse has entered the evolution of humanity. The Michael impulse is there. But on the other hand, in the evolution of humanity there is much that will not receive this impulse of Michael but wants to reject it. Among the things that would fain reject the impulse of Michael today are the feelings of nationality. They flared up in the nineteenth century and became strong in the twentieth — stronger and stronger. By the principle of nationality many things have been ordered, or rather, have become sadly disordered in the most recent times.


"All this is in terrible opposition to the Michael principle; all this contains Ahrimanic forces which strive against the inpouring of the Michael-force into the earthly life of man. So then we see this battle of the upward-attacking Ahrimanic spirits who would like to carry upward what comes through the inherited impulses of nationality — which Michael sternly rejects and repels.

"Truly today there is the most vivid spiritual conflict in this direction. For this is the state of affairs over a great portion of mankind. Thoughts are not there at all; men only think in words, and to think in words is no way to Michael. We only come to Michael when we get through the words to real inner experiences of the Spirit — when we do not hang on the words, but arrive at real inner experiences of the Spirit.

"This is the very essence, the secret of modern Initiation: to get beyond the words, to a living experience of the Spiritual. It is nothing contrary to a feeling for the beauty of language. Precisely when we no longer think in language, we begin to feel it. As a true element of feeling, it begins to live in us and flow outward from us. This is the experience to which the man of today must aspire. 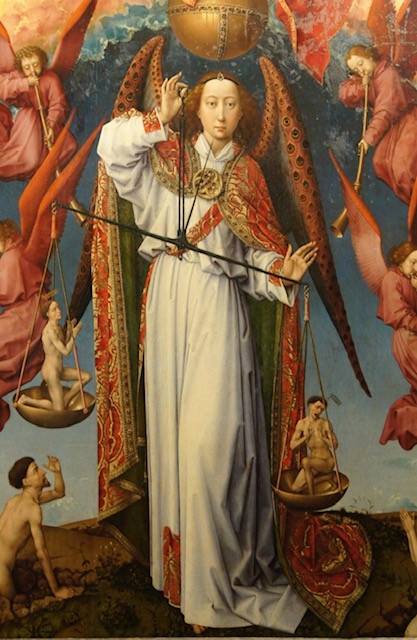