This week I will provide the quote about the third effect. We will find here his prophecy about a possible technical revolution - in which we are fully involved now, but which can still become ever more revolutionary...


'As you know, the Luciferic beings have remained stationary at other stages of evolution and they introduce an element that is foreign to the normal evolutionary process. They are deeply interested in so seizing hold of man that he does not unfold free will, because they themselves have not acquired free will. Free will can be acquired only on the Earth but the Luciferic beings want to have nothing to do with the Earth; they want only Saturn-, Sun-, Moon-evolution, and to remain at those stages. In a sense they hate the free will of man. Their manner of acting is highly spiritual, but it is automatic ā that is a point of great significance ā and they want to lift man to their own spiritual heights, to make him an automaton ā a spiritual, but an automatically spiritual, being. Thereby on the one side the danger would arise that prematurely, before his Spiritual Soul is in full function, man would become a being whose actions are those of a spiritual puppet and he would sleep through the impending revelation.

But the Ahrimanic beings too are working to obscure this revelation. They are not at pains to make man particularly spiritual, but rather to kill off in him the consciousness of his own spirituality. They endeavour to instill into him the conviction that he is nothing but a completely developed animal. Ahriman is in truth the teacher par excellence of materialistic Darwinism. He is also the great teacher of all those technical and practical pursuits in Earth-evolution where there is refusal to acknowledge the validity of anything except the external life of the senses, where the only desire is for a widespread technology, so that with somewhat greater refinement, men shall satisfy their hunger, thirst and other needs in the same way as the animal. To kill, to darken in man the consciousness that he is an image of the Godhead ā this is what the Ahrimanic beings are endeavouring by subtle scientific means of every kind to achieve in our age of the Spiritual Soul.

In earlier epochs it would have been of no avail to the Ahrimanic beings to obscure the truth from men by theories in this way. And why? Even during the Greco-Latin age, but still more so in the earlier epoch when man still had the pictures of atavistic clairvoyance, how he thought was entirely a matter of indifference: he had his pictures and these pictures were windows through which he looked into the spiritual world. Whatever Ahriman might have insinuated to man concerning his relation to the animals would have had no effect at all upon his way of life. Thought has for the first time become really powerful ā one could also say, powerful in its ineptitude ā in our Fifth Post-Atlantean epoch, since the 15th century. Only since then has thinking been competent to bring the Spiritual Soul into the realm of the spirit, but at the same time also to hinder it from entering the spiritual world. Only now are we experiencing the age when a theory or a science, by the path of consciousness, robs man of his divinity, of his knowledge of the Divine. Only in the age of the Spiritual or Consciousness Soul is this possible. Hence the Ahrimanic spirits endeavour to spread teachings which obscure man's divine origin.

From this mention of the streams which run counter to the normal, god-willed evolution of man it can be gathered how he must conduct his life, lest the impending revelation finds him in a state of sleep. A great danger may arise and men must be alert to it. If they are not, instead of the event that should play a momentous part in shaping the future evolution of the Earth, a great danger to this evolution will supervene.'

Steiner said the following about the true ideal image in the soul that is woven by the angels:
'And there is a third objective: To make it possible for us to reach the Spirit through thinking, to cross the abyss and through thinking to experience the reality of the Spirit.'

But if these images are not in future conceived consciously, the result will be the following:
'The third result will be this. Man will get to know of definite forces which, simply by means of quite easy manipulations ā by bringing into accord certain vibrations ā will enable him to unleash tremendous mechanical forces in the world. Instinctively he will come to realise in this way the possibility of exercising a certain spiritual guidance and control of the mechanistic principle ā and the whole of technical science will sail into desolate waters. But human egoism will find these desolate waters of tremendous use and benefit.' (GA 182, rsarchive). 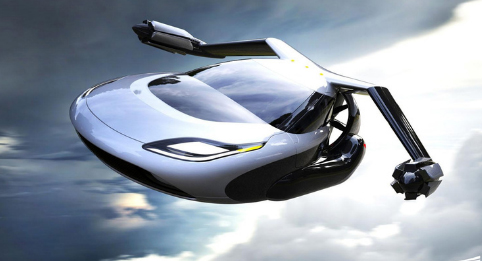