≡
Home
>
Blog
>
The being
Who is Mieke Mosmuller?

As human beings we want to be independent and not be lived by AI. But we also don't want to be put under tension by an invisible electromagnetic field. It turns out that many people are gullible and assume without a doubt that what is said about 5G by science and the government is correct, but there also appears to be a large group of people who don't trust the announcements that this high-frequency would just be harmless.

As I said earlier, I miss the obvious solution, namely that we are able to find a way out of the sensitiveness for this radiation and also find a way out of being lived by AI. When I had to give a lecture in the 1990s in a city in the Netherlands, I would be sitting with the map of that city on my lap looking for a way to arrive at the right address. I am really very happy with Google Maps, these maps take me smoothly to the desired address. What a stress reduction that is. I could give many examples of the positive effects of AI. Maybe we could also find positive examples for the effect of 5G...

But we have to counterbalance the negative effect.... We really have to find an area  in ourselves in which we are not lived by AI and are not sensitive to radiation.

This time I will give a small example, in which I always start from thinking, because this represents our conscious being active.

In our thinking we have a strong customary life, that functions quite perfectly by itself. That means that we do not feel much need to further investigate or perfect this thinking. So it remains a process of habit.

We are not used to getting deeper into this category of being. It is all self-evident. But let's practice a meditation of the two words 'I am'. Not so that you rest in those two words, but so that you examine those two words. What do you actually say when you say 'I am'?

I've written and said this many times before. Now I write it again. Conducting this research into the two words 'I am' and their meaning over and over again - not a philosophical reflection, but a self-exploration - would put every human being on the self-experienced trail of the freedom of thought, separate from the brain, and the freedom of being exposed to radiation. 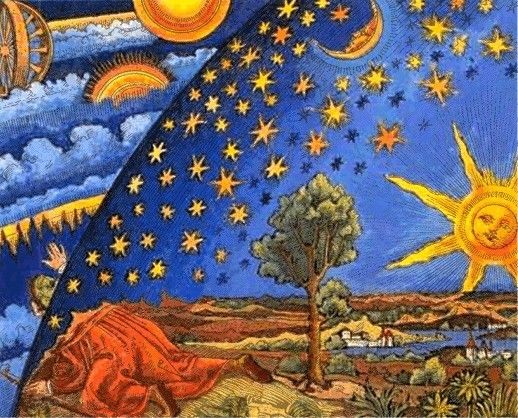 The being by Mieke Mosmuller
Comments