≡
Home
>
Blog
>
The essence of the human being and his DNA
Who is Mieke Mosmuller?

The essence of the human being and his DNA

Because I want to give an impression of what a virus is supposed to be, here are some episodes of my lecture in Arnhem, 20th November 2018, about

The essence of the human being and his DNA.

As a doctor, I do know something about DNA and it is a subject that has become so familiar, the word DNA lies so easily in our mouths that we are very grateful that we have the opportunity to look into it further and to be able to talk about it with each other.

I studied medicine in Amsterdam in the 1970s and at that time, DNA was known to be a double helix figure in the study books. But it was 'prehistoric times' compared to how it is today.

When you then try to get a grip on what it is like now, it is quite an undertaking.

I have looked up history from various angles, and we cannot, of course, so easily go back to Rudolf Steiner's spiritual science when we deal with DNA.

In 1869, the Swiss biochemist Johann Friedrich Miescher was investigating pus from the hospital, and he discovered from the leukocytes — the white blood cells that are present in that pus — through research (how exactly, I did not find out) that the nucleus of those leukocytes contains phosphorus, and he called that substance nuclein. Nuclear substance.

In 1909, mainly through the work of a certain Levene, a theory arose — you always have to observe that, it is a theory, not confirmed by research — he had the impression that four nucleotides are interconnected to nucleic acid. But it was an idea.

In 1928, an interesting research was carried out by a certain Frederic Griffith. He used the bacterium streptococcus pneumoniae, which is a bacterium that causes pneumonia and it turned out that there were two strains. When a mouse was infected with one strain it turned out to be lethal for that mouse and when another mouse was infected with the other strain it turned out not to be lethal. It turned out that the configuration of that bacterium was different, the whole bacterial community, I would say, was in a soft sugar mantle and it turned out to be lethal, the other strain was not. What he did was boil the strains with the soft sugar sheath, the lethal one, so that all life was out of it and merge it with the non-lethal strains. Much to his surprise, the mixture turned out to be a lethal bacterial mixture. A non-living substance, which had actually been destroyed by boiling, turned out to convert the more innocent kind of bacteria into a lethal form. This raised many questions. The question was, of course: apparently there is something in the boiled substance that is capable of transforming the innocent strains of bacteria. How is that possible? A predisposition is transferred.

That riddle was only solved in 1944. Over the years, the substance that brings about the transformation was searched for. The question was: which element in the dead cell material can still transform? Apparently it is a dead substance, but it still has the potential to transform. Polysaccharides were investigated, but they were not the cause. The fats were examined, they were not, nor were the proteins, after all the RNA, this was not the cause. In the end only one substance remained and that was DNA. An experiment with an enzyme that breaks down the DNA showed that when that happens, there is no transformation anymore.

In this way you get an impression of the way of research. So, it is not the case that the cell is on the table as a visible element, of course under the microscope, and that you can see what you are doing there. It is not like that. It is mainly the logically rational thoughts and conclusions that inspire certain investigations and then by exclusion is found what is being sought.

In 1952, this was confirmed again by labeling the DNA with radioisotopes and then it turned out again that it is the DNA that brings about the transformation.

We are now in the 1950s. At that time we had a situation in which it was already known that genes existed, we had the laws of Mendel, and so it was already known that certain hereditary traits were being transferred, he had all possible schemes for this, and he also had the conviction that a certain protein was being made on one gene, and it was known that the genes could be found on the chromosomes and the chromosomes could be found in the cell nucleus. That was the way of thinking. A cell could still be made visible, but the most important thing could not be made visible, namely the genes themselves and the composition of the genes.

As a result of this kind of research, this has become more and more well known. In 1953, a new technique was applied, new was that this technique was applied to this theme. That was the X-ray diffraction technique. One shoots the DNA with X-rays, as it were, and by registering the angles in which the rays are reflected or deflected, one can gradually, through a great deal of research, find out what the model of this molecule actually is. When you try to get a living image of what we are actually talking about, it is good to realise that it is not a direct observation, but that it is always concluded, by means of something else, of a certain technique.

In those days, for example, Watson and Crick came to the conclusion that the DNA molecule consists of a double helix, in which the two strands are held together by hydrogen bonds. Matching pairs of substances are always present on one helix and on the other. This is how it was discovered that the deoxyribonucleic acid, which is DNA, consists of deoxyribose, which is a sugar attached to phosphate and a nitrogen base, in other words a substance which also contains nitrogen as an organic substance. Of these, four different bases are known: adenine, guanine, cytosine and thymine, which are always opposites in this helix and are always two by two together, namely thymine with adenine and cytosine with guanine.

That then opens up the possibility of further research. Then, just as in computer technology, there was an enormous increase in knowledge and research. You also see that in DNA research. The big question is, of course: How does DNA translate its information into the properties, how are certain proteins formed by DNA and, if you assume that the entire hereditary material of a living being is present in the entire DNA structure, how can you determine its structure?

If you start reading what kind of numbers you have to deal with then you get dizzy. I haven't remembered it all and I can't remember it. But I have seen tens of thousands, 100 thousands, millions and billions as numbers.

So in the seventies the big question arose: What is the configuration of the human genome? Genome is the total hereditary structure. What is it like in humans? Yes, like a double helix, with hydrogen bonds holding base pairs together. But what order? Is there any way of establishing that?

We write 1975. It was Frederic Sanger who started sequencing and so in fact felt that it would be possible to chart the whole human genome. 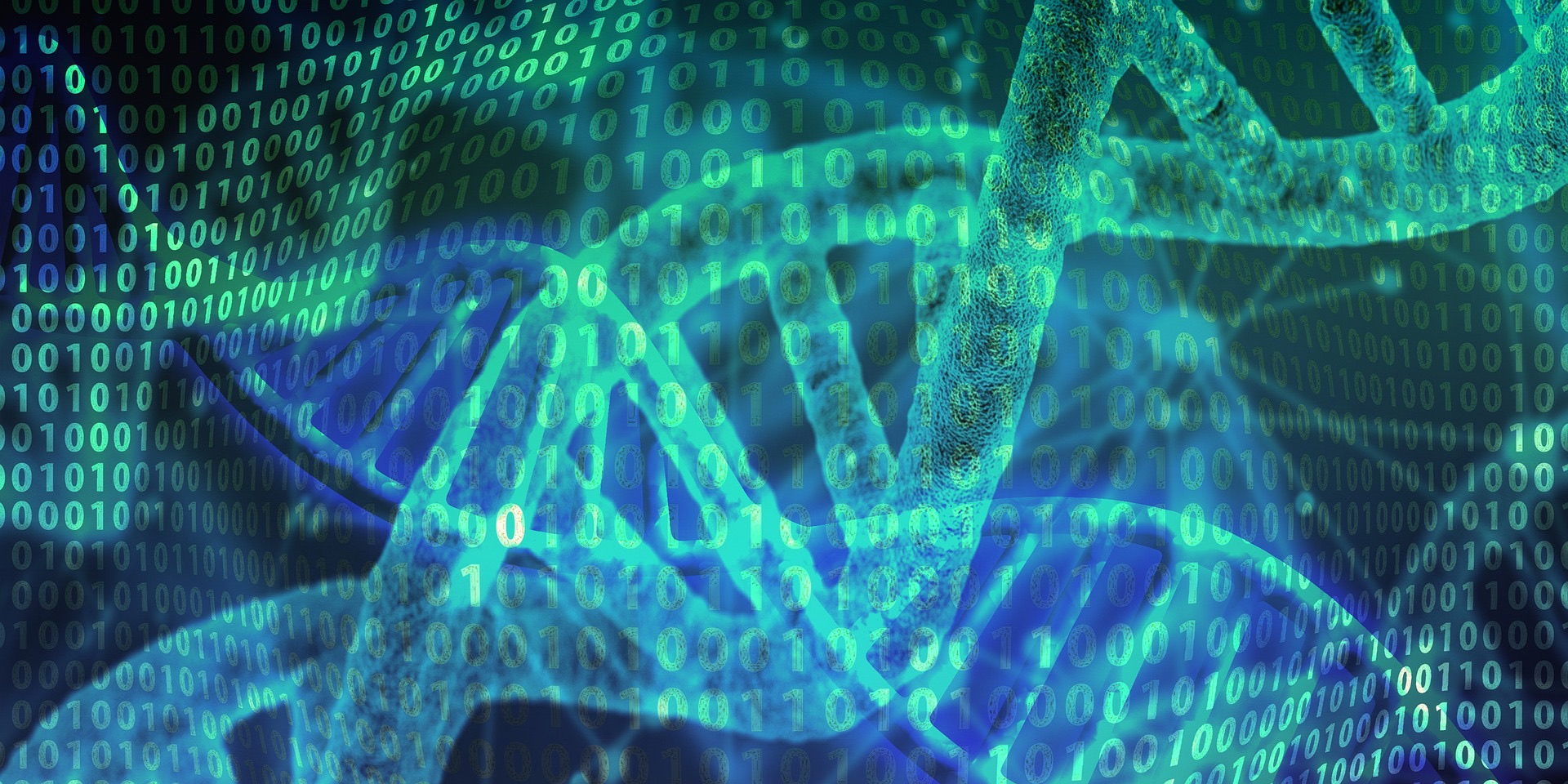