≡
Home
>
Blog
>
The first question
Who is Mieke Mosmuller?

For the time being, the fundamental right to freedom of expression still exists and has not yet reached the point where it is forbidden to question certain corona ideas on public health grounds — although warnings may appear on the Internet when visiting certain websites  that the information may be based on fake news, or that the corona measures must be observed.

A few years ago, it was forbidden in the Netherlands to describe natural and homeopathic remedies as effective, i.e. to describe for which diseases a remedy could be useful. For: the effectiveness was not scientifically proven, and it would therefore not be good for public health to evoke certain illusions (these are my words, it was probably formulated differently at the time).

This could also come to apply to statements about corona. But at the moment we can more or less say what we think about it.

From the very beginning I can't go along with the news about Corona with my heart. With the head everything goes, but in a way the heart has to confirm everything — and that doesn't want to go with it. Why doesn't it? It takes some time to understand, one has to keep looking at oneself while recording the news from the media. And that's how it became clear to me: I miss a thorough and well-founded answer to the first question: What is this disease, how dangerous is it, how should it be treated? There is, of course, a WHO answer to this question. But if you look closely, the most important answer of the WHO is one like that of Parzival to the questions of Gurnemanz when he was still a fool: I don't know. Only WHO is not a pure fool — which Parzival was — and talks energetically about it, although there is no well-founded knowledge about the first question.

My first book was published in 1994, and I still say: The 56 titles that followed are additions to this book. I had found Rudolf Steiner's Philosophy of Freedom, and through intensive study the book became a working reality within the soul. Two key questions are asked in the foreword, and my 1994 book, Seek the light that rises in the West, is my answer to the first of the two root questions, the question that really should be asked first if one ever wants to come to a certainty in any area.

"... whether there is a possibility to behold man in such a way that this beholding is a support for everything else that comes to the human being through experience or science, but of which he feels that it cannot support itself. It could be driven into the realm of uncertainty by doubt and critical judgment".

And my answer is written down in Seek the light. During the thinking it became clear to me: you can never find a satisfactory answer if you start thinking so simply at a certain point. You always have to go back to a fundamental first question and then look honestly and seriously at the extent to which an answer is possible, and that in turn determines whether you can and may base your actions on it.

The first question in the Corona issue is: what kind of disease is this? This question should then be asked as comprehensively as possible, not in a short sentence, but extensively. But for the answer one needs experience. One cannot speculate about the seriousness and type of the contamination, one cannot hold on to probabilities, one needs an established knowledge, 'evidence based'. All statements by 'experts', scientists, civil servants etc. are already based on an answer to that first question. But the question has not even been asked seriously and correctly, extensively and fundamentally. Nevertheless, all judgments — with a few exceptions — assume that this question has already been asked for a long time and has even been answered in a well-founded manner. Everywhere in the stream of judgments one comes to a point where the stream has already taken a fixed direction. The source is not sought.

The world suffers from measures based on conclusions drawn from answers to an — admittedly complex and comprehensive — question that has not been asked. 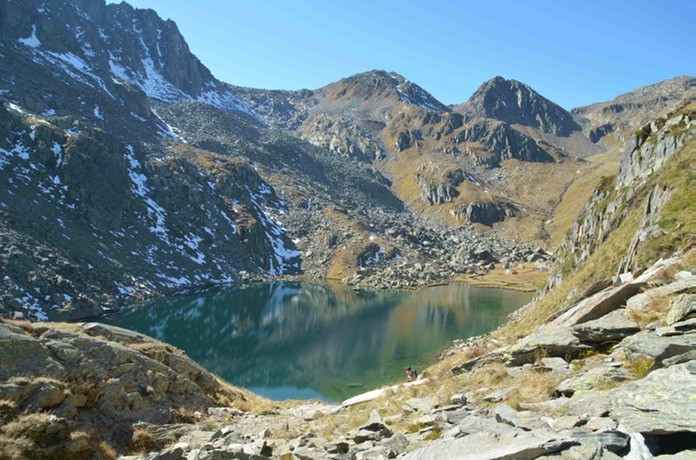