≡
Home
>
Blog
>
The human being and 5G
Who is Mieke Mosmuller?

The human being and 5G

It is a terrifying view of the world to see the development of a technique as early as the third millennium, which establishes the possibility of enclosing the earth in an electromagnetic harness and of keeping the earth in that confinement.

You can imagine it: an electromagnetic corset around the earth that closes it off from the rest of the cosmos, no longer any unirradiated place on the whole earth; an army of living people within that sphere, who are increasingly dependent with their inner life on what is radiated from outside and what is delivered from within in terms of content. The body too will then of course be constantly under the influence of the radiation on the earth itself and coming from outside, from the extraterrestrial, because satellites encircle the earth.

It is well known that scientific research can be structured in such a way that it shows what you expect, or what you want it to show.

When one looks back about twenty years, one remembers the time when the radiation from the wifi and the transmitter masts became stronger and stronger. There were still places on earth where you could be free of it -as they still exist today. Of course it took some time before one could see what the effect was: severe excitement, haste, agitation, heart palpitations, bad sleep, headaches, the feeling of being electrified and so on. At first, one tries to avoid these influences, but over the years one notices that one gets used to them. Less tension, less agitation, less feeling of electric current - and then there is again a field with a higher frequency and one has to get used to it again.

It is understandable that many people are wondering: What does this do to our physical health and what does it do to us psychologically? It can't be good...  It seems very likely that all possible forms of complaints based on haste and nervousness will increase, including those that ultimately lead to physical illness, such as heart and lung diseases, but also forms of cancer. It may be that the scientific research has not shown this. It is well known that scientific research can be structured in such a way that it shows what you expect, or what you want it to show.

On the other hand though, it seems to be a kind of training for the body. One notices that one is becoming more and more resistant to it and one could imagine that it is a kind of 'survival of the fittest', that only the strong powerful bodies have sufficient defence to endure and adapt to these attacks from the electricity and magnetism, and of course also from nuclear decay.

It seems necessary to me that we, as humanity, continue to take a critical look at this development of technology, to study the spiritual sciences and, where possible, to protest. At the same time, however, it seems clear to me that it is the will of certain powers that this technical development should continue and that it will be extremely difficult to stop it. After all, it is a tremendous opportunity to turn humanity into a herd, the majority of which is well on its way to the direction it is being forced to go.  There will always be a few troublemakers, perhaps even whole circles of troublemakers, but the large masses can be manipulated in an ideal way with regard to the world of thought and the world of feeling, so that the actions will be adapted to that end.

Research in this direction and its applicability in technology are already well advanced. These examinations are always justified by their medical usefulness. For example, there was a recent article in the newspaper about a medical specialist who has ALS (amyotrophic lateral sclerosis is a severe and progressive neurologic disease), and although she is unable to move anything physically, she is able to move her thoughts. Now it is possible to use the technique to register these thought movements, in a certain way also in terms of content. In this way, although difficult, a miraculous communication becomes possible. Who could have anything against this?

When one reads such a description, one cannot escape admiration for the progress of this technique. But we have to be aware of the fact that it is apparently possible to determine by means of registration techniques that a person thinks that he or she will move his or her index finger to his or her thumb. She doesn't, because she can't, but she thinks so and that can be registered. One can imagine that this is not a direct observation, but a registration of a certain pattern of which one then knows what it is. But a future opens up to a certain kind of reading of thoughts, with the help of technical equipment.

In esoteric science it is now well known that the 'underside' of the thoughts is based on electric current. As long as the thoughts have content related to sensory existence, these thoughts can be registered as electrical impulses. If thinking turns to content that is general and not sensory, such registration is no longer possible and will never be possible, because this form of thought has nothing to do with the electrical impulses. This is where the path to freedom opens up... This is the first way that opens up to an area outside the radiation.

It works like a potent cure of vitamins, you might say, with far too strong radiation that keeps the body healthy, but weakens the mind, the spirit.

Another consideration is that, thanks to anthroposophy, it is known that we as humans  are not unprotected in the earth's atmosphere, that we cannot be cut off from the cosmos or from the spiritual world, because in the earth's atmosphere Christ himself lives as our Protector. So it is absolutely impossible that we would be cut off from Christ himself by an electromagnetic ring around the earth. He is with us all the time. And because he is the cosmos, our access to the cosmos will also be permanent.

We only need to know how we can stay in touch with this cosmic Word, because it is of course a fact that the forces of electromagnetism support the physical existence very strongly, and make it difficult to keep in touch with the spirit. Based on the survival of the fittest principle I believe that the group of people who belong to the 'Fittest' will have great difficulty in dying, because the physical body will end up in a kind of durability and the weakening of the physical body - which is necessary in order to be able to die - will only occur with difficulty. The ageing of the population is not only a consequence of improved medical technology, but also a consequence of exposure to electromagnetic radiation, which adds forces from the undernature to the body that make it stronger. It works like a potent cure of vitamins, you might say, with far too strong radiation that keeps the body healthy, but weakens the mind, the spirit. It is true that I have no proof of this, but still I am certain that it is so.

Then euthanasia becomes more and more necessary - although a very bad instrument - in order to be able to put an end to this physical earth existence.

So within the shell of radiation we have the cosmic Word itself as our direct Helper and so we have only one question to answer, namely:

How do we maintain the connection with Him? 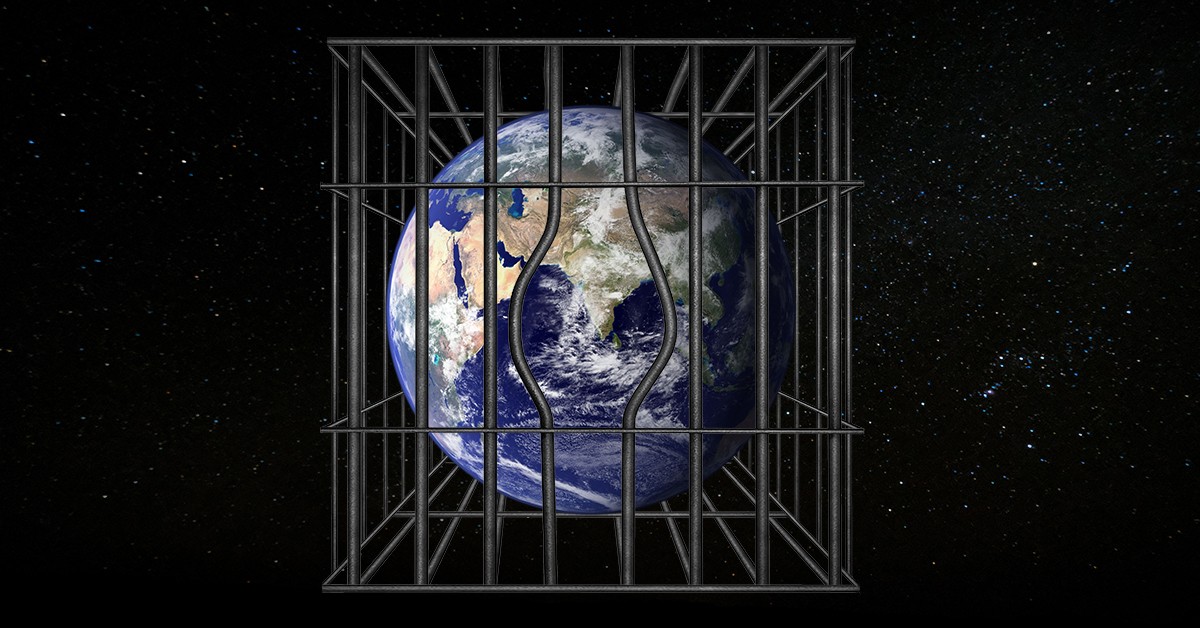 The human being and 5G by Mieke Mosmuller
Comments