Last week's quote is balanced by the following. Of course, with purely intellectualist thinking, we cannot think any further about Rudolf Steiner's work, but we do have to do something about our thinking. I will try to substantiate this with this quote and next week's quote.


The I-being can be moved into pure thinking.

'For the modern human being, it has taken on a meaning to say: I sleep in nothingness. I am not nothing while sleeping, I keep my I and my astral body while sleeping. I am not nothing, but I draw myself from the whole world, which I perceive with my senses, which I comprehend with my alert mind. I also draw myself from the world during modern sleep, which, for example, Jakob Böhme still saw in special, abnormal states of consciousness with the finer forces of the physical and etheric body, which he still took with him into his sleeping state. The modern human being draws himself during his sleep not only away from his world of the senses, but also from the world which was the world of the old clairvoyant. And from the world in which the human being is then, from falling asleep till waking up, he cannot perceive anything, because that is a future world, that is the world into which the earth will transform in those states, which I have described in my "secret science" as Jupiter, Venus, Vulcan state. So that, in fact, the modern human being who is trained in intellectual thinking - forgive the expression - lives in nothingness during sleep. He is not nothing, I must emphasize it again and again, but he lives in nothingness, because he cannot yet experience what he lives in, which is the future world. It is nothing for him yet. But it is precisely because the modern human being can sleep in nothingness that his freedom is guaranteed; for he lives from falling asleep till awakening into liberation from all the world, into nothingness. He becomes independent just during sleep. It is very important to realise that the special way modern man sleeps gives him the guarantee of his freedom. The old clairvoyant who still perceived the old world, not the future world, who perceived the old world, could not become a completely free human being, for he became dependent in this perceiving. The resting in nothingness during sleep makes the modern human being, the human being of modern time, actually free. So there are two counter images for the modern human being. First, during the process of being awake, he lives in the thought, which is a mere thought, which no longer contains images in the old sense; as I said, he considers them to be mythology. And he lives during sleep in nothingness. Through this he frees himself from the world, through this he gains the consciousness of freedom. The thought images cannot force him, because they are mere images. Just as the mirror images cannot force anything to happen, so the thought images of things cannot force people to do anything. Therefore, when man conceives his moral impulses in pure thought, he must follow them as a free being. No emotion, no passion, no inner physical process can cause him to follow those moral impulses, which he is able to conceive in pure thought. But he is also able to follow these mere images in thought, to follow this pure thought, because he finds himself during sleep, liberated from all natural laws in his own physica body, because he really becomes during sleep a pure free soul that can follow the unreal of thought; while the ancient man remained dependent on the world during sleep and therefore could not have followed unreal impulses. Let us first consider the fact that the modern human being has this twofold: he can have pure thoughts conceived purely intellectually; and he can have a sleep spent in nothingness, where he is in, where he is real, but where his surroundings show him a nothingness. For now comes the essential point. You see, it is also in the nature of the modern human being that he has weakened his inner will by everything he has gone through. The modern human being doesn't want that to be true, but it's true: Modern man has weakened his inner will. If one only wanted to, one would be able to understand that also historically. One should look only once at powerful spiritual movements which have spread earlier, with which will impulses sometimes, let us say, religious founders have worked through the world. This inner impulsiveness of will has been lost to modern mankind. And that is why the human being is educated to his thoughts by the outside world. He looks at nature, trains his mere intellectualistic thoughts on the processes and beings of nature, as if his inner being were really only a mirror that reflects everything. Yes, man has already become so weak that he gets a hopeless fear when someone is producing thoughts all by himself, when he is not just reading thoughts from what outer nature offers. So that at first pure thought has developed in a quite passive way in the human being.' 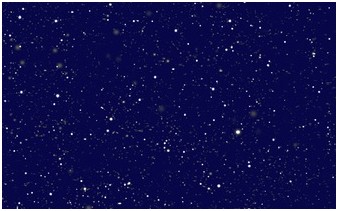