≡
Home
>
Blog
>
The idology of Francis Bacon
Who is Mieke Mosmuller?

The idology of Francis Bacon

We must carefully understand the actual meaning of his four kinds of idols! It is a great challenge for our powers of differentiation, of distinction, to understand what Bacon sees right and where he leads us into confusion. The principle of his philosophy is: Don’t accept principles. Just follow the data of perception and don’t put any thoughts in it. Bacon fights thinking in itself. But if the human being loses the thinking itself, he becomes a slave to things. This is what we see now, four centuries later, slowly emerging. The philosophy of Bacon 'has quietly made its way into those minds that are fit for it'. May there be minds that turn out to be UNSUITABLE for it!

From the NOVUM ORGANON

XXXV. Alexander Borgia said of the expedition of the French into Italy that they came with chalk in their hands to mark up their lodgings, and not with weapons to force their passage. Even so do we wish our philosophy to make its way quietly into those minds that are fit for it, and of good capacity; for we have no need of contention where we differ in first principles, and in our very notions, and even in our forms of demonstration.

XXXVI. We have but one simple method of delivering our sentiments, namely, we must bring men to particulars and their regular series and order, and they must for a while renounce their notions, and begin to form an acquaintance with things.

XXXVIII. The idols and false notions which have already preoccupied the human understanding, and are deeply rooted in it, not only so beset men’s minds that they become difficult of access, but even when access is obtained will again meet and trouble us in the instauration of the sciences, unless mankind when forewarned guard themselves with all possible care against them.

XL. The formation of notions and axioms on the foundation of true induction is the only fitting remedy by which we can ward off and expel these idols. It is, however, of great service to point them out; for the doctrine of idols bears the same relation to the interpretation of nature as that of the confutation of sophisms does to common logic.

XLI. The idols of the tribe are inherent in human nature and the very tribe or race of man; for man’s sense is falsely asserted to be the standard of things; on the contrary, all the perceptions both of the senses and the mind bear reference to man and not to the universe, and the human mind resembles those uneven mirrors which impart their own properties to different objects, from which rays are emitted and distort and disfigure them.

XLII. The idols of the den are those of each individual; for everybody (in addition to the errors common to the race of man) has his own individual den or cavern, which intercepts and corrupts the light of nature, either from his own peculiar and singular disposition, or from his education and intercourse with others, or from his reading, and the authority acquired by those whom he reverences and admires, or from the different impressions produced on the mind, as it happens to be preoccupied and predisposed, or equable and tranquil, and the like; so that the spirit of man (according to its several dispositions), is variable, confused, and as it were actuated by chance; and Heraclitus said well that men search for knowledge in lesser worlds, and not in the greater or common world.

XLIII. There are also idols formed by the reciprocal intercourse and society of man with man, which we call idols of the market, from the commerce and association of men with each other; for men converse by means of language, but words are formed at the will of the generality, and there arises from a bad and unapt formation of words a wonderful obstruction to the mind. Nor can the definitions and explanations with which learned men are wont to guard and protect themselves in some instances afford a complete remedy—words still manifestly force the understanding, throw everything into confusion, and lead mankind into vain and innumerable controversies and fallacies.

XLIV. Lastly, there are idols which have crept into men’s minds from the various dogmas of peculiar systems of philosophy, and also from the perverted rules of demonstration, and these we denominate idols of the theatre: for we regard all the systems of philosophy hitherto received or imagined, as so many plays brought out and performed, creating fictious and theatrical worlds. Nor do we speak only of the present systems, or of the philosophy and sects of the ancients, since numerous other plays of a similar nature can be still composed and made to agree with each other, the causes of the most opposite errors being generally the same. Nor, again, do we allude merely to general systems, but also to many elements and axioms of sciences which have become inveterate by tradition, implicit credence, and neglect. We must, however, discuss each species of idols more fully and distinctly in order to guard the human understanding against them. 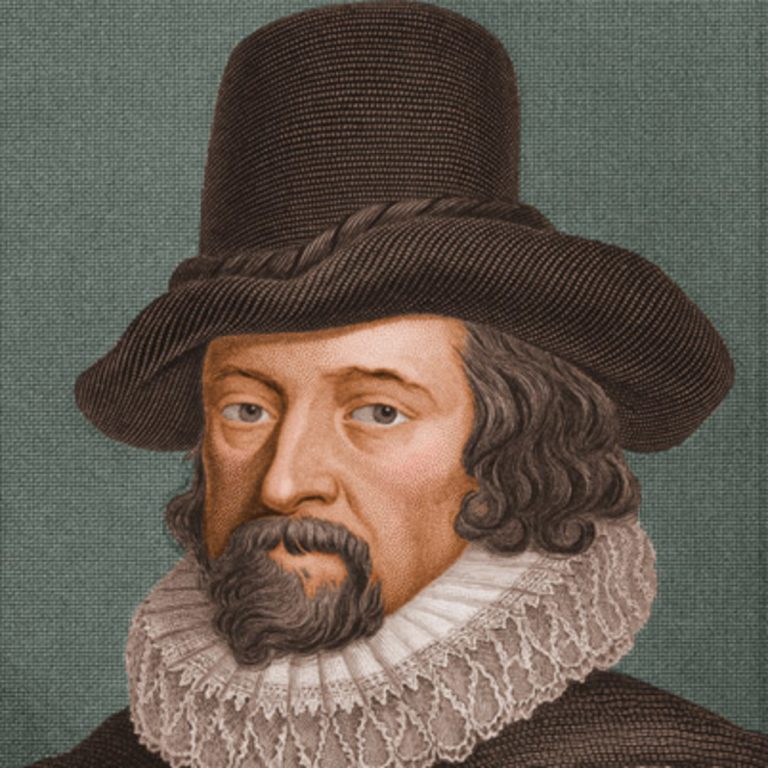 The idology of Francis Bacon by Mieke Mosmuller
Comments