≡
Home
>
Blog
>
Videos
>
Corona measures: the beginning of the great reset?
Who is Mieke Mosmuller?

Corona measures: the beginning of the great reset?

In the meaning of the word 'Reset' we can find that before we want to reset something, the old must be undone. Like the settings of your computer or a clock alarm. The current COVID-19 pandemic, as presented to us, has a rather mild course in the light of history. Nevertheless, the corona measures speak of a very life threatening disease. Do these measures already foreshadow the establishment of a different social order? Is the Great Reset already active?Watch video on YouTube 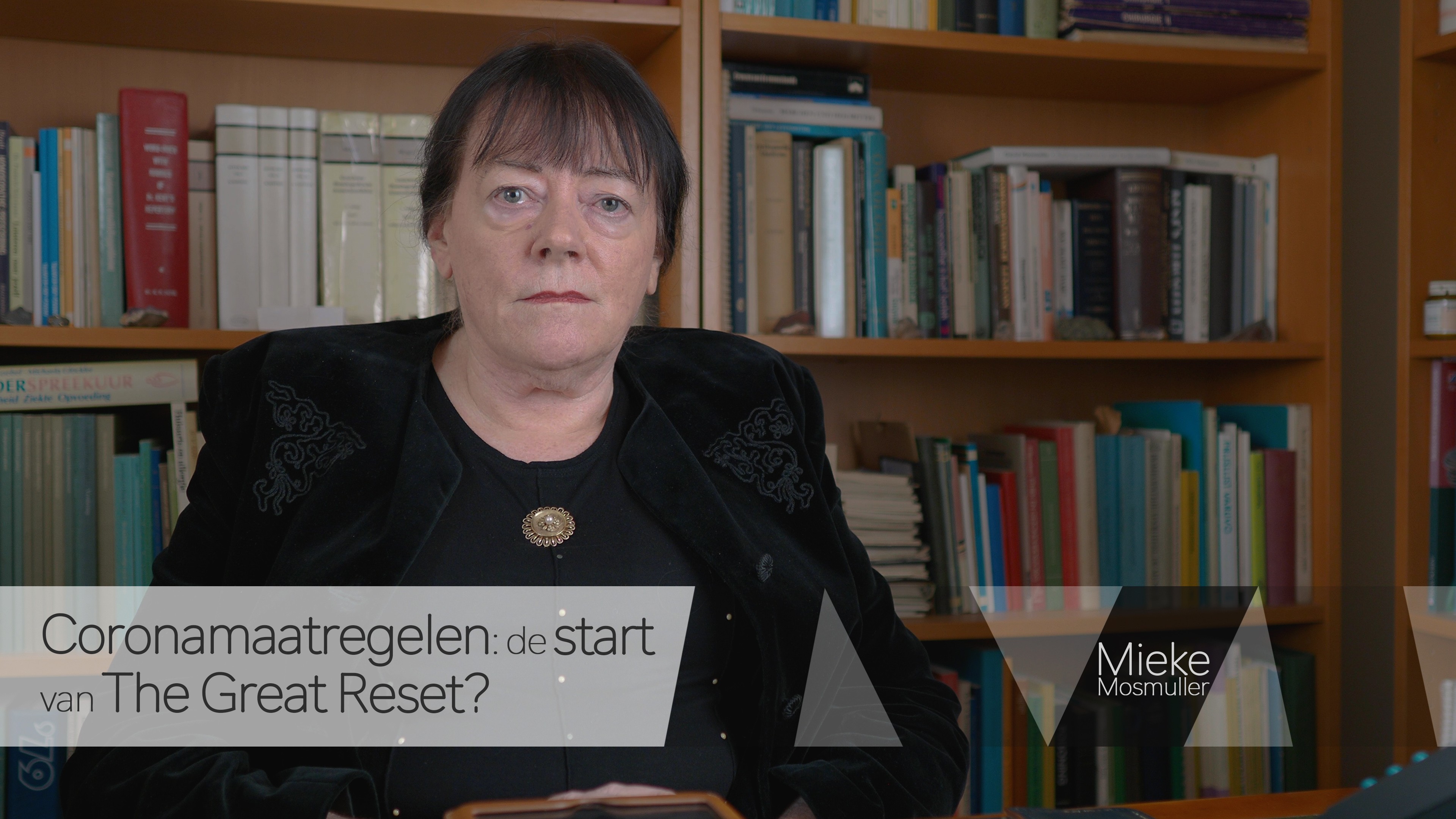 The word 'reset' was until a year ago only known to me as a procedure for pulling out all the cables in the technical devices, so that what is stuck in your programming, or in the whole setting of your equipment, you disconnect it, and when you restart it, then you have a fresh start, and then you can begin again. If you understand reset that way then you should say that if you want to make a great reset on a global level, then you should actually pull out all the plugs, so that what we already know so long, maybe centuries, what runs and has built itself up, that that is more or less destroyed in one stroke and then there is a possibility for a fresh, new start. As it is now, it is something else, and it is experienced in such a way that first a disaster happens, which confuses all the proportions that are there, which in this way resembles a reset, after which the whole can be restarted. It seems to me that such a thing is intended. That's not conspiracy thinking, but those are the words of the World Economic Forum representatives.

And I have already pointed out that in the book about that great reset in relation to COVID-19, Klaus Schwab's book, at the end of the book, in the conclusion, can be found that the COVID-19 pandemic is in fact not such a serious pandemic at all. I gave a little quote there. And now I want to extend that quote a bit with the figures that are then given so that you can experience that this pandemic is indeed a very mild pandemic and therefore also a small argument about why a great reset would be necessary after all. That quote reads as follows:

At the end of June 2020, at a time when the outbreak is still raging in Latin America, South Asia and a large part of the United States, when the outbreak is still raging in Latin America, South Asia and much of the US), COVID-19 killed less than 0.006 % of the world's population. To place this low number in the context of lethality, lethality, I can say the Spanish flu killed 2.7% of the world population. That with you in proportion to that 0.006% now. Of course, this does happen over the months, but not very dramatically. HIV, AIDS, 0.6% from 1981 until today. The plague of Justinian from its beginnings in 541 until its disappearance in 750 has killed 1/3 of the population of Byzantium. According to different estimates. And the plague, 1347 to 1351 of which it is believed that between 30 and 40% of the population of the whole world was killed at that time. The Corona pandemic is different. It does not exist as an existential threat or as a shock that will leave its imprint on the world population for decades. However, there are a number of worrying perspectives because of the reasons mentioned in this book, because in today's world of interdependence, one risk is mixed with another and the mutual effects are increased and the consequences multiplied. Much of it is unknown but we can be sure that in the post pandemic world questions of fairness will come to the fore, ranging from stagnating real incomes for a vast majority to the redefinition of our social contracts.”

And so it goes on about the environment, technology, and other items.

I want to place this in the light of the incongruity and point out once again that when you talk about the need for a reset, and you tie it to a pandemic that is admittedly not so serious but that is offered to mankind as life-threatening - it is suggested to us that this pandemic is a life-threatening matter for which we would like to temporarily relinquish our privileges. When such a reset is linked to it, then it becomes incomprehensible and then you begin to wonder whether the measures taken because of a pandemic that is the mildest in the last 2000 years, are not themselves the reset. Whether that isn't the technique of pulling out all the plugs in our society so that everything that was built up and also what has become stuck - I admit that of course - but also everything that was built up, collapses in one fell swoop and there comes an opportunity to reshape what will never be like the old again, that is hoped, as it were to give it a new shape. People's willingness to follow the incomprehensible COVID-19 measures - because you cannot understand them, they are incongruous - is being counted on. That this willingness, with proper publicity, can also be implemented, not so much in that reset - because we would already be in that reset - but in the reconstruction which will then take on a form created by a certain small group of world leaders.

I do not recognize an elite on this earth, from my point of view every human being is his own elite.

Corona measures: the beginning of the great reset? by Mieke Mosmuller
Comments