Recent articles
Calendar of the Soul
And now that I am in the heights of the senses
In the depths of my soul blazes up
From fire-worlds of the Spirit
The Truth-Word of the Gods:
Seek forefeeling in grounds of Spirit
To find you affiliated to Spirit.

The facts are the facts, and you can hide those facts for a long time with lies and sophisms, but they remain hard facts. History teaches us that those facts always come to light in the end. We have only just seen this in the case of the allowances affair (NL): the facts eventually come to light. This can go through a lot of suffering, but in the end the true facts are much, much stronger than what the lie can ever make of them. On the eve of the Dutch curfew, we see that the Corona Crisis still has many inconsistencies, such as the admonition of the WHO (World Health Organisation) regarding the testing policy with PCR tests and the emergence of virus mutations such as the British variant. Where the truth always tends to coming to light, it seems that error or even lies rule.Watch video on YouTube 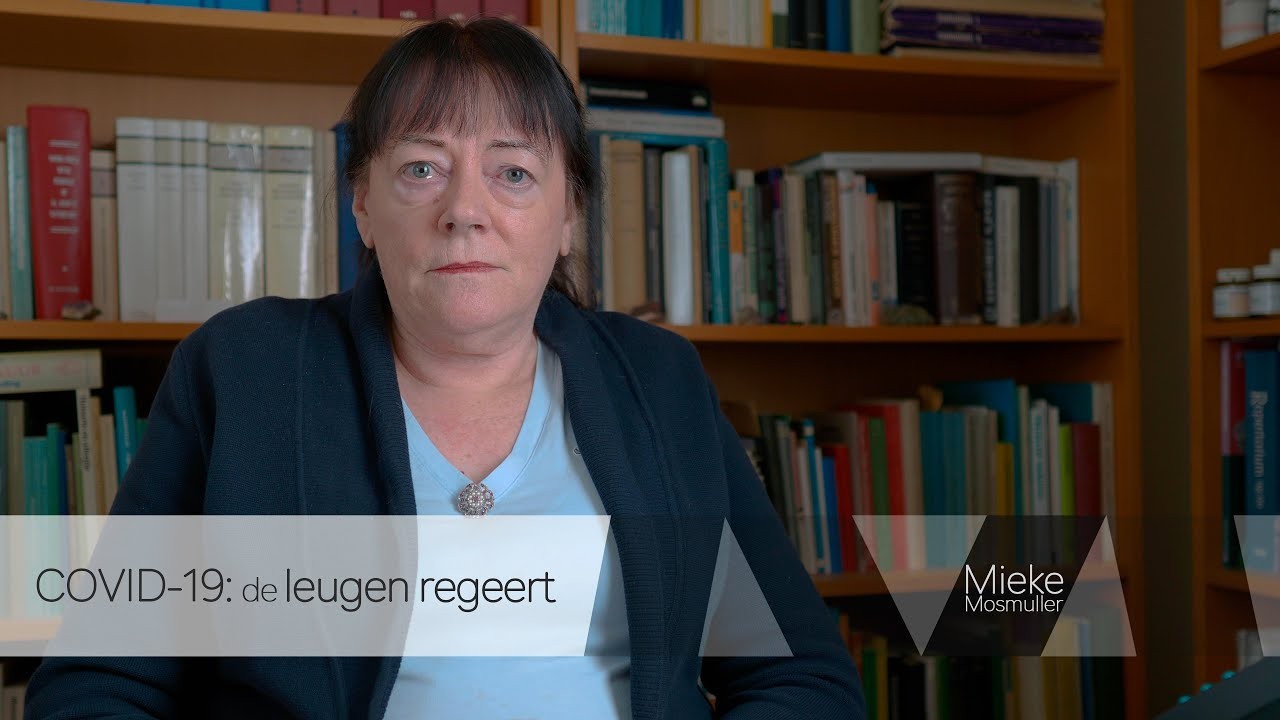 We have just heard the news that the stricter measures, such as the evening curfew, are to be implemented, and it is starting to look like a hopeless task to say anything about it. Of course, everyone has experienced how it seemed that everyone was against it (in inverted commas), but one could actually foresee between the lines that, despite everyone's opposition, the curfew would be imposed. And of course you ask yourself every time how is that possible? But as I say, it's getting a bit difficult to go into that now and not repeat myself. The question is where is all this heading and what we are now seeing is that the infections, or I shouldn't really use that word, the positive PCR results, are on the decline, while the admissions to hospitals and the ICU are somewhat slower, but that is of course behind the facts of the PCR tests, that those numbers are on the decline and while the downward trend is setting in, we are faced with a hardening of the measures and that is of course justified by the new virus, the British variant. Well, there will be many more variants, because that's the way it is with viruses, they don't stay the way they are, like humans during their lifetime but they mutate constantly and you can expect countless more to pop up in the near future and when we have to dissect them all on their characteristics and their capacity to cause yet another epidemic, well, it really does make you despair.

There was an article by the chief of a number of London hospitals, a Dutchman who used to be on the board of the Amsterdam Medical Centre. And this man, prof. Levi, wrote an article about the disasters in London. He should know, of course, because he is the boss of a number of London hospitals and he says, well, it was very difficult for a while, we were at the edge of our capacity, but the videos that have been circulating around the world of ambulance traffic jams are a serious exaggeration because it was just one hospital that didn't make enough progress, and that is then generalised to a state of emergency throughout London.  But he says, yes, actually it all seemed worse than it was and now the situation is receding, becoming less so. In the meantime, the world is absorbing the British variant, it seems almost with great enthusiasm and desire, in order to be able to say we have to take those measures, we have to take these measures, we have to take those measures, because our mathematical models say: it could well be that this new epidemic, because that's what it is, it is after all a new variant and it is much more contagious and it could well be that it will cause us to need twelve hundred beds in NL ICUs at some point. Yes, it could all happen, but you would really say wait and see. And that's what makes these absurdities that are constantly presented to us, make you think: what's behind all this? You can hardly help but think that there is something behind this, because it is so unreasonable and so based on nothing, namely only on calculated possible future predictions, whereby the country is then put in a state of war, that you cannot help but wonder what is actually behind this? And I'm not going to say here what's behind it, even if I did know, because I think that's something every citizen of the world should try to find out for themselves, there's plenty of information, but the fact is that you're almost forced to go looking for what's behind it.

And one of the big untruths that we have to deal with all the time is the PCR test, about which there has been a lot of fuss, of course, but everything that has been said about it seems to have no effect whatsoever. Except that everything that has been going on about it has finally led to an admonition on the website of the World Health Organisation, which describes in a brief statement how one should deal with the PCR test. That notice was published on the website on 14 December, and it says among other things: 'As the positivity rate for SARS-CoV-2 decreases, the positive predictive value also decreases. This means that the probability that a person who has a positive result (SARS-CoV-2 detected) is truly infected with SARS- CoV-2 decreases as positivity rate decreases, irrespective of the assay specificity.' So the test can be as specific for this virus as it is, but the fact is that when there are fewer positive results, the chance of false positives increases. So one would actually have to adjust when PCR test results show the positives going down. So one would have to make adjustments, if necessary, manually.

Then it says: users of the real-time reagents should read the user manual carefully to determine if a manual adjustment of the positivity threshold is necessary to take into account any background noise that may cause a sample with a positive result to be interpreted as a positive result with a high number of cycles when it is not, because the more virus present in the person to be tested, the fewer cycles are necessary. So if you need a lot of cycles, it means that there is little to very little to doubtful presence. And then you have to adjust that manually. It also says that this test is not meant to be used as a screening, but, like all laboratory tests, should be used by the doctor to confirm or deny what the doctor suspects. So it is not at all the intention that whole villages are tested, the whole population, or that thousands of people who have no complaints at all are tested, because you get a huge percentage of false positive tests and everything that is subsequently related to that. You could imagine being banned from entering your own country because you have a positive PCR test that does not indicate that you are carrying the virus. That is what the World Health Organisation described on 14 December, an admonition really, and what happens? Everywhere, people are continuing to test indiscriminately and the people are jumping to conclusions on these numbers.

The authorities have adjusted their focus a little, they are no longer talking so much about the PCR test, but now they are talking much more about the care. People are very worried. That's what you hear all the time. It makes you really angry, in the long run. And what I think then is that there is a real truth. You can sometimes feel as if you are surrounded by a net of lies and the measures are based on those lies. But lies are not facts and of course there are facts. There is an actual epidemic, or there is none, there is an actual pandemic, or there is none, or everything in between - those are facts. And how you interpret those facts is another matter. But the truth lies with the facts and not with the interpretation. Everyone who thinks about the process of knowing knows that. Then you know, you have facts and you have interpretations. And those interpretations are as error-prone as anything. So when people say yes, maybe twelve hundred beds in ICU in the near future, if we don't, because we are very worried, then you have to think the facts are the facts. And you can use lies and fallacies to cover up those facts for a long time, but they remain hard facts. And history shows that those facts always come to light in the end. We have only just seen this in the case of the allowances affair (NL): the facts eventually come to light. This can go through a lot of suffering, but in the end the true facts are much, much stronger than what the lie can ever make of them. And that is actually the only thing you can hold on to. It can take a long time, this state we are in. And we can constantly ask ourselves what is going on here. And you come closest to the truth when you don't start interpreting the facts yourself. You had better pursue it as precisely as possible, and eventually the facts will show themselves to be true. For truth is not a philosophical principle but truth is a being. And that being, also said it said of itself: I am the Way, the Truth and the Life. That being always conquers.