Recent articles
Calendar of the Soul
My self is impending to flee,
being mightily attracted by the light of the world.
Now enter, my foreboding,
powerful into your rights,
Replace the power of thinking
that wants to lose itself
In the shine of the senses.

There are several sides to finding the truth. You need perception and thinking, but in virus and DNA research the perception side is missing.

Mieke Mosmuller talks about the truth according to Goethe, the relationship to yourself and to the outer world and the new truth: consensus can also be made, outside the truth.Watch video on YouTube 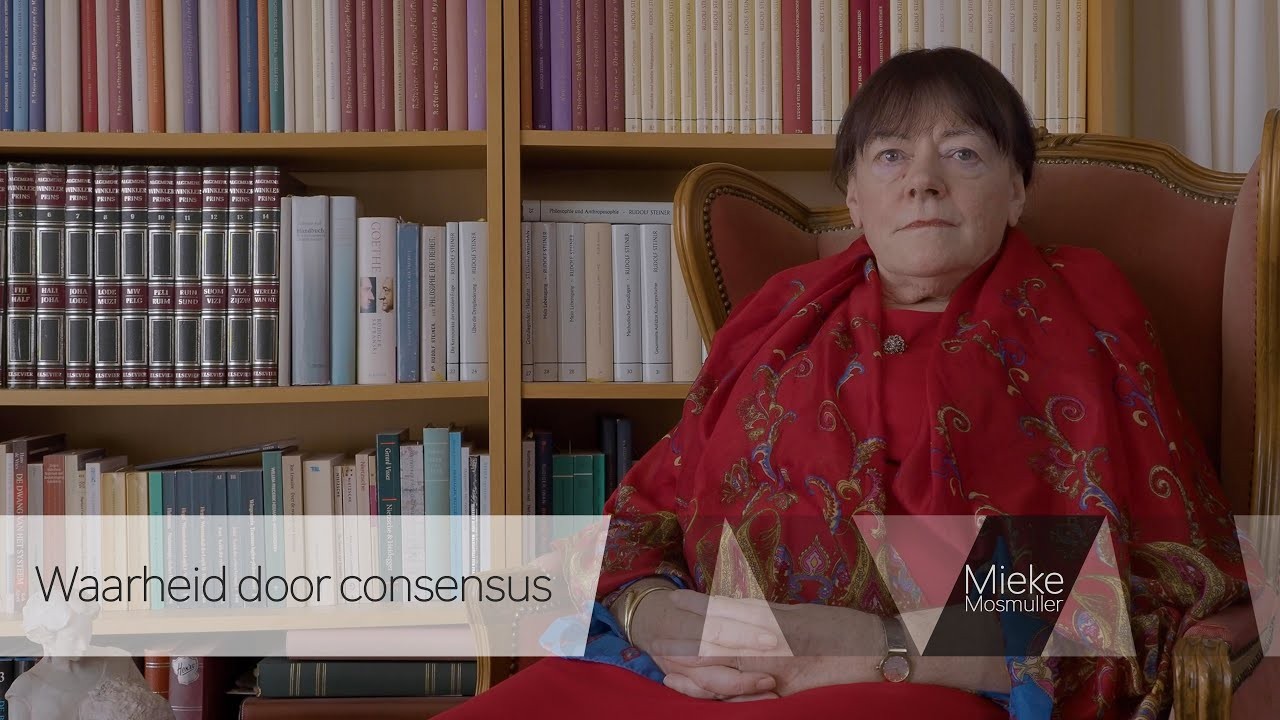 Yes, I started this video series with the subject 'The dignity of the human being'. And then I tried to give different visions of the truth, such as those of Aristotle and Hegel. And now I have indicated the difference between a bacterium and a virus the last two times, and yes, there you actually have the problem, that the Aristotelian truth can't be found, because you can't say, that's the way it is, and I say it’ is so, or so it isn't and I say it isn't so. You cannot do that because you do not really see the reality. When you look into what is written about the virus in scientific literature, you get the impression that you are, as it were, investigating in an area where you have no light at all, no object at all, but a kind of hypothesis material, working models, which are then tested and tried and then accepted or rejected in their efficacy, i.e. reality. So you have the feeling, that you are somewhere with your hands under a cloth and that you have to perform microsurgery in a completely unknown area, that is what it is. And yes, then of course the aristotelian truth stops, because you can't even say what it's like, so it becomes rather nonsensical to wonder whether you are saying that it is the way it is.

So it really is a complication that occurs there, and Rudolf Steiner already said in his time about the atoms and the molecules, these are working models, science recognises that they are working models, but because we always work with these working models, the impression that this is really how it is is slowly becoming familiar to people.

And if you continue the studies of DNA, then at some point you will have that very specific chemical structure that is considered to be known, which would then have a helix, a double helix structure in a micro micro form. And in the meantime, of course, it is indeed the case that it is assumed, as it were, that this is what it looks like, whereas these are in fact hypotheses that are workable. You can work with them, of course, but it's not right if at a certain point you come to such a point that you have completely forgotten that they were hypotheses, and that you are going to treat them as reality.

So you are in the field of observation with a strange kind of invisibility where the only thing that is visible there are certain thought models, which are then more or less confirmed by electron microscopy, but in a very different way, than what you had in, let's say, classical science as a world of observation. When you become aware of the difference between a bacterium, which you can still see, and a virus, which is in fact a working model, which does work, and you start to wonder what the truth is here, then you can no longer even say that you are dealing with a coherent composition of thoughts, because it is no longer coherent, since you have no direct relationship with reality.

When you then ask yourself, how am I supposed to get a firm ground under my feet of knowledge there, then you can ask yourself, yes, how did such a great spirit as Goethe actually do that? With Goethe, of course, it is well known that he was a man of perception par excellence and that he took the visible world as his point of departure and would have horrified it to create a false world of perception, which then assumes a kind of reality, because it is forgotten that it is an invention. It may be, of course it is there, but it is not as it is represented. And because it is not like that, you can actually not rely on the consequences of those unobserved perceptions. So it is right that the scientific literature states every time: there are other studies that show something different, that even show the opposite, we don't know this, we don't know that, but of course we know a lot seemingly, because certain things, that we know, really work. So you can't really go to Goethe either, except when you are able to transfer what Goethe describes as truth to the experience of thinking, of certain ideas, images as well. When you hear Goethe's basic premise:

Do I know my relationship to myself and to the outside world?
then I call that truth.
And so everyone has their own truth
and it is always the same.

There is an aspect in this call to truth, an aspect that has disappeared from science and that is the aspect of the relationship to oneself. The relationship to the outside world, that is what science is concerned with, even in areas where it, that science, does not see the outside world at all. But the researcher, the scientist himself, according to modern science, has to stay completely outside of it.

But when you try to delve into what Goethe is trying to convey, then you can say that the truth does not actually exist at all, when man himself does not investigate himself with regard to the relation to himself. That is a miraculous task. But when you try to deepen scientific contents meditatively, then you discover what that is, then you discover that when you imagine the difference between a bacterium and a virus and you try to actually experience those differences, not only to know all of them, but also, you would almost say, to feel, what such a difference actually means, then you establish the relationship with yourself, because your experience, yes, that really nobody else can bring about, but every human being for himself. Of course, we can still describe the outside world in general terms, and that is modern science. But that which a person has in terms of experience is, the individual person is needed for that, he must be there, and he must do that. And when you become skilled in this, you will discover in the course of time, that in the combination of the relationship to the outside world, which you find in science, with the relationship to yourself, which you have to actively create individually, that you are indeed in the truth.

Now, that is something that has disappeared from the scientific field, and has also been kept out of it, and we have seen that in the twentieth century - I pointed this out the first time - the truth, the individual truth, has in fact been abolished as unfeasible, it does not exist. There is a truth, but it cannot be found individually. And that has led to the emergence of a theory of truth, which assumes that truth is connected with consensus, that you agree with each other, that that the truth is. That this is a certain aspect of the truth, that is clear, of course, but that you only want to see the truth in that way, that is characteristic of modern times, and that has consequences, very far-reaching consequences. Because that means that you can move further and further away from the individual, that you can make more and more use of think tanks, think groups, which come to a consensus together, and you can imagine that you could take a step, that you could come to it with a community of scientists or politicians, of economists, or all together, that you come to a consensus, which is not based on truth, that you make agreements together, in which you more or less have forgotten, that each individual is a being of truth, which enables you to come to certain agreements in the group, on the basis of which you then make agreements and you would then stick to those agreements. That is the new truth, which begins with a discourse with a discourse between people about what we believe to be true, and as long as it remains in the scientific field it is a serious impoverishment, but it remains harmless. But when it begins to turn around that it is not the individual finding of truth, aware of the conscience, of each human being that plays a role, but the consensus that determines, what shall we assume for true, then you get a turning point towards the possibility that people together decide on something, forgetting their own finding of truth, and being, as it were, averted, to listen to that which still is hidden nor hidden behind it, namely conscience.

This is a problematic development, and I believe that it is very important that, as human beings - because we are actually truthful beings and we are also beings who have a conscience - we, as human beings, reflect on these two great principles of existence: truth and conscience.

So far, I will continue with that next time.