You can already see a lot of that happening. In Europe, we think we are lagging behind in the development of artificial intelligence. America is very advanced in that field. But the Americans complain that there are fewer and fewer students who want to study that subject. It is different in the East, for example in China. There, it is a very popular field of study, and the Chinese can also study very hard and well-disciplined, dispensing with all the fun and pleasures. Clearly, the idea comes from the West every time. But there is no people as industrious as the people of the Orient, and so we see that from the East this artificial intelligence is actually advancing with far greater force than that which comes from the West. Europe is lagging and Europe must follow. Europe is not considering: is this really what we should be doing? What should we do with our intelligence? Should we develop artificial intelligence, or do we have another task here, relating to intelligence? No, Europe must come along.

And so, very intensive research has started in Europe, first from Geneva, where a gifted, I think a physicist has started a project called Blue Brain Project. There, attempts are being made to map the different regions of the human brain one by one, neuron by neuron, you might say. Just as the world was mapped in the past, the aim is to map the human brain. Not only that, but when that part of it - yes, you cannot say that it has been understood, but it has been determined what it does, they want to trace it back to the computer so that the computer mimics what the human brain does. This is called reverse engineering of the brain; through certain technical developments, it becomes possible to enter what the human brain does into the computer to a certain extent and imitate it. It is clear: in this way, it is hoped that the entire human brain system will eventually be mapped. But not only that, but also to be able to imitate it technically. This Swiss man, Marcon, has aroused interest in this project in other European countries, and so for a number of years now there has been a Brain Project at the European level, which the European Union supports and spends a great deal of money on. Numerous scientists, especially young and highly gifted ones, are working there on investigating the human brain. That is what Europe wants to do, and they want to reveal with all their might what human intelligence actually is, but they can only do it technically.

I have often quoted from Rudolf Steiner's 1924 lectures on the Apocalypse to priests, also quoted in books, and I will do so again now. It is striking that the same appeal is made there, only that it means something entirely different and is not about artificial intelligence. Rudolf Steiner says in the 18th lecture:

‘We live in the age of the consciousness soul. This is the stage in the development of mankind in which man must learn to control his intellect.’

You can see how this is also happening externally in Europe, for example, in the Blue Brain Project.

‘He has to integrate intellectualism into his own individuality. This period is the first. In this period, the task is still limited to the human mind, and that which concerns the appropriation of intellectuality proceeds within contemplation and thought. There will come a time when the deeper forces of the human soul will also be seized by that which now takes place in contemplation, search and thought. Today, man can still imagine how to make use of the intellectuality that wants to enter his individuality. But before the era of the consciousness soul is over (about another 1500 years), people will also be seized by intellectuality in their deepest emotions, feelings and passions. Then that which was sought in the Middle Ages in the stars, when people spoke of angelic intelligences, will dwell even deeper and more profoundly in the human being. All this will be poured out in the human being. Later still, when the Jupiter phase of the earth comes, human physicality will also be seized by intellectuality. Therefore, since the human being can still understand and express what it is all about, since the soul has not yet been seized by intellectualism to its innermost structure, it is still possible, just now, to work in such a way that these world-goals may actually be achieved. For you see, while the human being draws the intellectuality from the world all to himself - and this lies in the intention of worldly wisdom - there is the possibility that at unguarded moments, and there always are, the intellectuality will be seized by the Ahrimanic power which in the Christian tradition is called Satan and which must not be confused with the ordinary devil, for the latter does not have the satanic qualities and is of a lower order. Satan has the rank of the Archai, of the primordial powers. He is the one who seized intellectuality long before man could dispose of it. He is now the most comprehensive possessor of intellectuality, and he strives to bind human intellectuality to his own, so much so that by this means the human being can get out of the course of his evolution. To render the mystery of Golgotha ineffective is what this Ahrimanic power strives for.’

And there, in that struggle, we are really standing. We, as Europeans, have the task of combining intellectuality with our individuality. But what happens is that a stream of non-human intellectuality comes over us, enabling us to do things that we would otherwise certainly not be able to do, but also exposing us to the grave danger of losing our intellectuality, of it fading away and thus gradually taking root in the deeper realms over which we no longer have control.

In a lecture, he also said:

'Today we already have machines to add, to subtract, isn't it. That's very easy, you don't have to do the calculations yourself. And so, it will be done with everything. It won't take long, a few centuries, then everything will be ready, then I won't have to think anymore, I won't have to deliberate, I'll just slide. For example, there is 330 bales of cotton in Liverpool. Today, there is still a certain amount of deliberation involved. But then you simply shift, and the story is done. (That shifting ... Yes, we are surfing quite a lot on our devices. Of course, with the mouse and on the phone... He means of course the sliding of the calculator, but the image is very special. He also says there: people only ever talk about either/or. Zero or one. He doesn't say that, I say it...) That is not the point because the point is to really understand things through thinking. You have to really know what the one and the other are and not just choose between the one and the other. And in order that this fixed structure of the social cohesion of the future may not be disturbed, certain laws will be made, which will not say directly: thinking is forbidden - but they will have the effect of eliminating all individual thinking.’

We are doctors ourselves, we have worked as general practitioners, as alternative practitioners, we have always had the impression that you have a certain intuitive capacity at your disposal, which means that if you pay attention, if you listen carefully to the anamnesis - that is, the patient's story - and if you do the examination properly, then you know from your intuition what is going on, more or less, and then you know what to do. Actually, in our time, that hardly has any place anymore. There is no place for it anymore. Just take a look at the protocols for any abnormality at the GP Society. If you find someone has high blood pressure, you are obliged to go through all the steps listed there. If it's not that, then maybe it's that, if it isn't all that, then you have to do that and so on. Then you have an entirely different kind of thinking available to you. You take the protocol, which of course the doctors know by heart by experience, and you follow it. If something goes wrong, and you can't prove that you followed the protocol, then you can be sued and even be condemned because you didn't think according to a protocol.

This is anticipated in this lecture by Steiner. If you don’t cross a certain border in our time, then you can still think, can't you? You can still reach a certain limit, you may not cross it, but within certain limits you can think for yourself. But what I have just painted, that is in the development of the West, and that will come through the development of the West. So in this development, the spiritual science development has to take place as well. This spiritual science must see this very clearly and objectively; it must see that approximately in the year 2200 and a few more years thereafter, a suppression of thinking will be unleashed in the world to the greatest extent. And it is in this perspective that spiritual science must work. So much must be found - and it will be found - that a corresponding counterbalance to these tendencies in world development can be found. 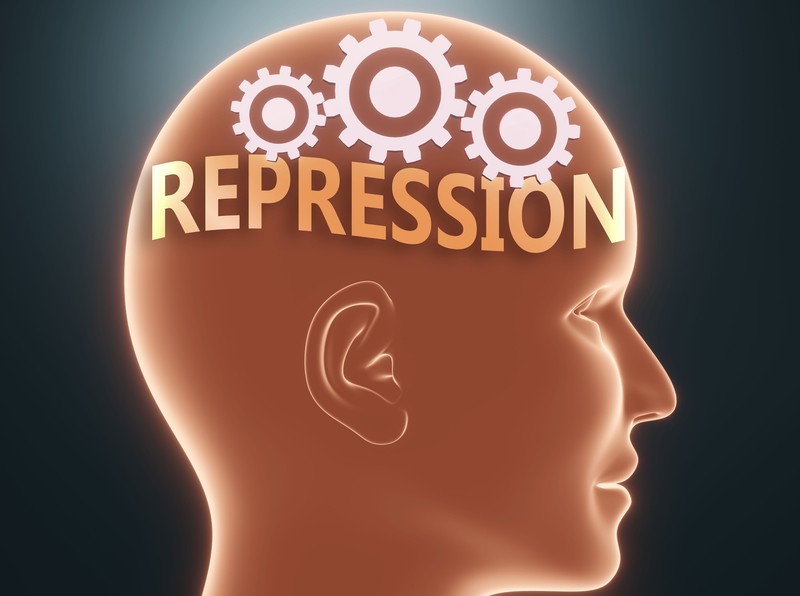