≡
Home
>
Blog
>
Videos
>
Finding the truth in the chaos of opinions
Who is Mieke Mosmuller?

Finding the truth in the chaos of opinions

Opinions are very personal. One finds all sorts of things. We live, as it were, with a kind of cocoon of opinions around ourselves, around our souls, which are not so much related to the objective facts, but which colour the facts with our subjective sympathies and antipathies. When one meets a fellow human being and begins to talk to him or her, it is quite an art for most people to take in what the other person is saying purely, to listen and watch carefully and not to get carried away with all kinds of emotions and thoughts that arise in one. That cocoon of opinions obscures the objective truth and the first step to free yourself from that cocoon would be to examine your own opinions and to start letting the facts speak for themselves instead of speaking all the time yourself! But how do you do that?Watch video on YouTube 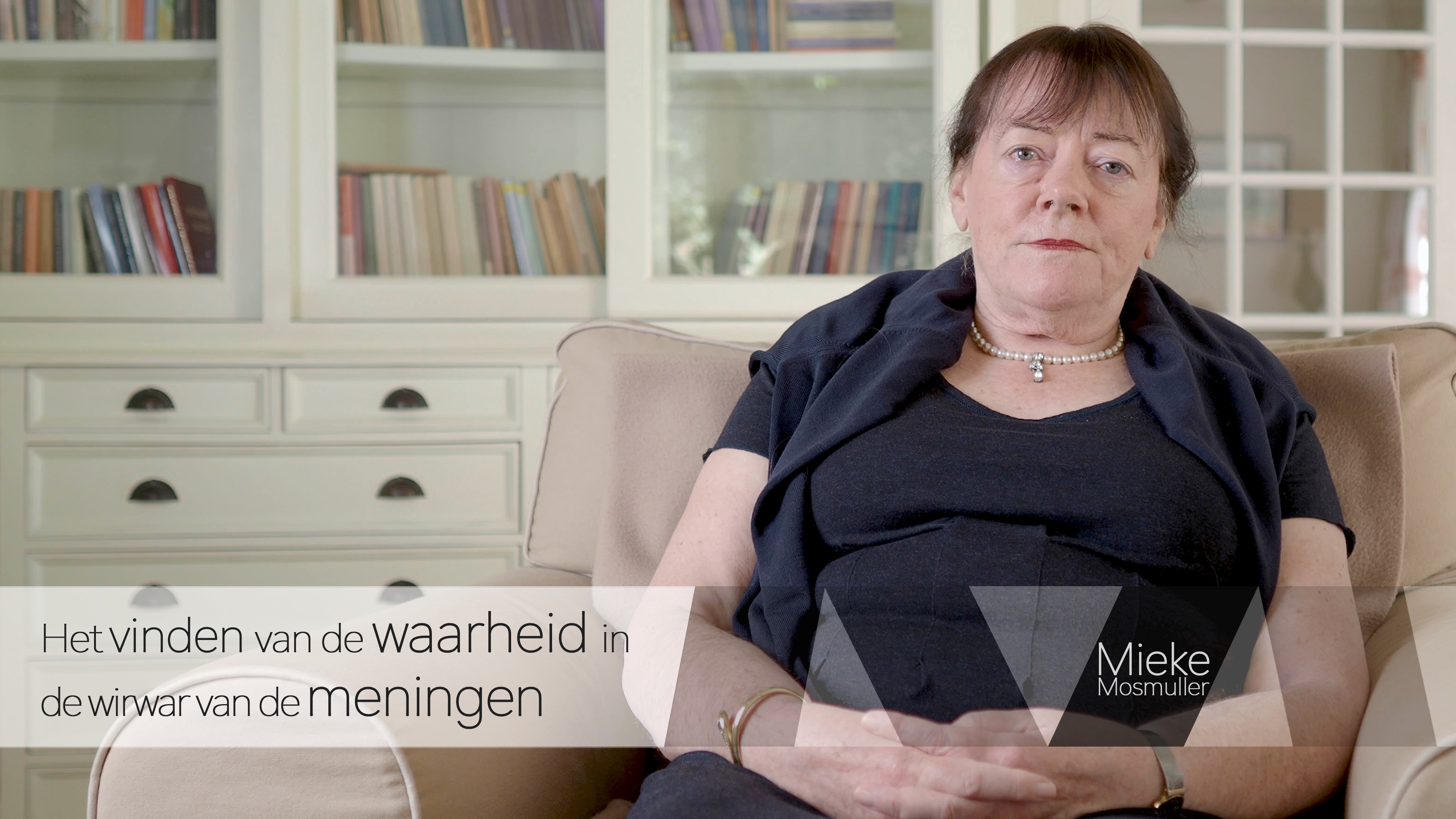 I was once in a bookshop in Aachen, and that was at a time when Hitler's book Mein Kampf was still banned, it was not allowed to be sold. Not that I was looking for Mein Kampf, I wouldn't say that, but I was looking through the available books on the table, shelves, interested in what was for sale in that German bookshop, and there was a scholarly work about certain passages from Mein Kampf, which apparently was allowed, And I found it very intriguing, so I bought it and when we got home I started reading it and there was a passage, I've forgotten most of it, but one passage has stayed with me and that is that in it this deceiver advises people, if they want to develop in his sense, that they, he or she, should absorb the texts that they read, insofar as they have already been accepted by them and that they should forget what they say no to. So, in fact, you read a book or an article or a study in such a way that you only take in what you already think, and what you don't think, you dismiss. So you reinforce your own opinion, as it were. And you do this in such a way, as you can imagine, that you end up living in an extremely powerful and self-confident opinion of your own. Well, that's exactly the opposite of what Buddha gave in the eightfold path, where you develop the judgment and the opinion in such a way that they are as it were universally valid and not only for you. It is precisely that which is personal therein that you try to overcome in favour of the universal. And you can imagine that it also serves a selfish purpose, this. In the sense that when you stop constantly involving yourself in everything, and become much more of a wise observer of everything in which you live, then you experience a much greater inner peace and gradually come to realise that there is actually much more time than you think you have. You lose an incredible amount of time cultivating your own opinions and the judgements based on them. You all know that wretched message that you get when you have a smartphone, that from time to time you get to see how many hours you have had that thing open in a day, that you have looked at the screen. Or at least the screen has been open. Well, for most people that's quite a few hours. When you consider what else you could have done in those hours than - I don't know what you did, texting, reading news items, watching films, I don't know what you do, but it takes up hours of your time, it's the same with personal judgement and personal opinion. Of course, that's in a completely different area, but it has a similar effect: that it creates such an accumulation of unrest in your soul that you have the feeling that you have to be in a constant hurry, that you don't have time, that you roll from one thing to another. Imagine if you could stop doing that. Then a blue sky would begin to come into your soul in which a centre could shine as a sun that brings a peace you have not known before. That is the selfish motive. And furthermore, of course, it is beneficial for those around you, because people really do feel faultlessly what your opinions are. And they may not know it, they may not be aware of it, but it also brings unrest to the other person, that one has to defend oneself against that wrong opinion that the other person has. One feels not understood, one feels not heard, not seen and one wants to restore that, to show oneself, to show that this is not how one is, what one thinks and that gives one an enormous restlessness. So when this stops, when we finally let the facts speak for themselves and shut our mouths by our own will, then this will eventually result in a lot of time and peace for us as well as for those around us.