≡
Home
>
Blog
>
Videos
>
It is not left or right, but make or break!
Who is Mieke Mosmuller?

It is not left or right, but make or break!

In today's political landscape, the classic qualification of left or right no longer serves much purpose for a voter. Whereas left-wing parties were usually socially oriented and right-wing parties more businesslike, in the current corona crisis parties are more distinguished by qualifications such as corona critical or corona follower. Even if you want to give a vote to a religiously oriented party, the merciful, which you may expect from a Christian, for example, cannot easily be found anymore. How do you vote for love, tolerance and freedom in these times? Watch video on YouTube 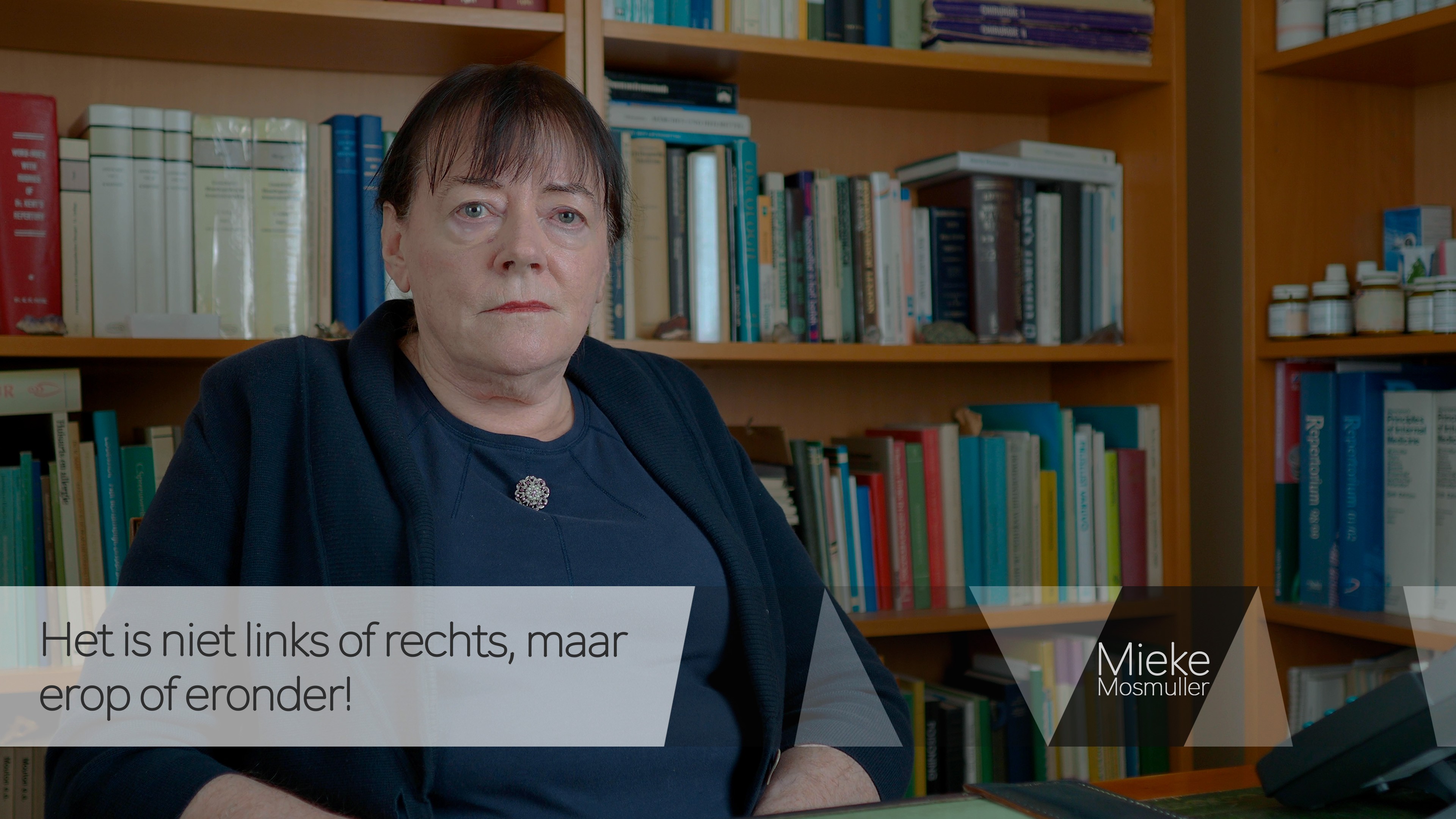 You might think that these videos are somewhat political, but then you are mistaken. I have had no interest in politics all my life, and that started when I was still at high school and the history teacher there thought it would be good for us - there were probably elections coming up at the time - that he thought it would be good for us to order brochures from various political parties, study them in depth and then be able to draw a conclusion for ourselves when we were going to vote, which we were still too young for at the time. Of course, I did that and we studied those brochures, looked at them, read them, absorbed them and the conclusion that I came to was that political parties are in fact collections of opinions, so that you find different collections of different opinions in the various parties and that you actually find, at least in my case, one party's opinion attractive and another not, and another party's opinion attractive or correct and another opinion not. So you would have preferred to be able to make a flower arrangement out of all the parties, taking the best of them and bringing them together to form a new party, which then, of course, attracts others, who then say, yes, but it contains opinions that I like and it also contains opinions that I don't like at all. In short, what is the point of politics?

The other thing is that in my work and in my private life, I have always felt the need to seek the middle road. And when you have to vote, you feel the need to vote for the middle. For example, for a party that also treads a religious middle path, a Christian party. That's what I did for years, and it's only recently that I've noticed a tendency to take a little more interest in politics. And what struck me most clearly is that we have to distance ourselves from the concepts of left and right, because they belong to a different era. You really can no longer say that in this day and age, you are dealing with the so-called left-wing parties and that they still have this social feeling, while you don't find that with the right-wing parties, where you perhaps expect the business interest to be held in high esteem, you don’t find that either.

Take the VVD in the Netherlands, the People's Party for Freedom and Democracy, which was always a right-wing party, but in this day and age you can't really experience that any more, so the left-right distinction really does need to be replaced, and at the moment you could say yes, the distinction should be replaced by corona follower or corona critical. And the fact that what used to be left-wing parties are mainly the corona followers and what used to be right-wing parties seem to have more of a corona critical colour should be forgotten, because you can't really do anything with these concepts any more. Last week an article appeared in the paper saying that the ChristianDemocraticAppel, the Minister, had proposed a bill to reduce unemployment benefits from two years to one year. This is a Christian party that, at a time of crisis in the country, when it is to be expected that many more people will become unemployed, says at that time that it would be better to halve unemployment benefits, that would save six hundred million, after all it is better for people, it is said, if they work you feel much more comfortable. Well then I think Christian? No, I don’t think so. Democratic? Not at all. And Appel, well then I don't know what that means either. So the centre seems to have almost forgotten the social. And as far as I am concerned, the most important meaning of Christianity is the principle that all people have equal value for Him. Not that they are equal, because that is not possible, nor do we want that, that we are all identical, but that we are equal. That is the primal Christian principle. And when you try to take that into your heart and carry it through life, a number of political choices become in fact impossible, because you don't want people to lose the prospect of two years' benefits at a time when many people are starting to get into financial difficulty.

But neither do you want people all over the world who are in desperate need to be prevented from fleeing to the Netherlands. The Netherlands has always been a country, a refuge, for people who had a hard time in their own country. One of the famous examples is Spinoza’s family, and what would Amsterdam be without Spinoza. Refugees should have a place of refuge in the Netherlands. Of course they must be real refugees. That is something else, of course. But when you have a Christian heart, you want your country to be a refuge for people who have nowhere else to go. And when you feel this way as a Christian in the world, it becomes even more difficult to endure in these times and to make choices in these times. It is possible though to endure because the Christian principle is also the principle of absolute trust in the future. That you know that you can go through difficult times, but that at the end of those difficulties there is always the resurrection. That is another Christian principle that naturally belongs to the first. And when you feel the need in your heart to immerse yourself in those Christian feelings of love and compassion, then you should take refuge in the Gospel of Luke, which contains that famous parable of the Good Samaritan. A victim of a violent crime lies by the side of the road and then successively two, high-ranking Jewish people pass by and they, as it were, look the other way. Then a third person passes by and this is a Samaritan, a member of a people who were not held in high esteem by the Jews and this Samaritan is overcome by deep compassion for this suffering person and he helps him. That is the Christian principle. Not bound to a people or a nationality but bound to love and compassion. And now in our time we are dealing with a process of which you have the feeling that an automatism has arisen in the process itself. I increasingly have the impression that the measures stand on their own and go on, whether the facts support this or not. It has become a kind of automobile that drives itself instead of a cart pulled by people. This, this self-driving automobile, drives and drives on and on. And that causes an incredible amount of suffering. I believe that when you have to choose a political party, that is currently the most important argument for your choice.

There are elections in the Netherlands next week and a lot of people will be going to the polls. And I would not dare to give any advice for a certain party, but what I would like to do is to make an appeal to think about the fact that we are currently in a power game, and that is not what a political party programme is about anymore. Whether or not you agree with it plays a role, of course, but the main thing at the moment is whether you follow the policy of measures, whether you think it is right, or whether you have serious criticism. You have to make that clear for yourself. And that should determine your choice. If you are a follower, then there are a number of parties that are certainly obvious, and if you are critical of the measures, then there is still a choice of a number of political parties that naturally differ from each other in terms of their programme points. So I am not calling on you to vote for this or that party, but rather to reflect on the power play that is going on and that should determine the direction of your vote. Behind this, as far as I'm concerned, is the Christian heart that beats for all people in society, and that's not just the people who are at risk of becoming ill, that's not just about health, but it's definitely also about other life factors. Sufficient attention is being paid to this. And yes, I will say it again: listen to the beating of your Christian heart.

It is not left or right, but make or break! by Mieke Mosmuller